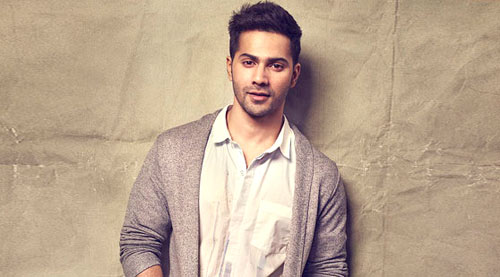 Nothing happened. There was some discussion with Shah Rukh Khan. But the matter was dropped.

However, it now seems the Shetty sisters have taken the project to Karan Johar’s Dharma Productions and the project is finally moving ahead.

Says a source from Dharma, “Pooja and Aarti sounded Karan Johar out about the Dhyan Chand project. He loved the idea and agreed to co-produce the film. Karan approached Ranbir Kapoor to play Dhyan Chand. Ranbir for reasons best known to him, declined the offer. Karan then took the project to his other favourite Varun Dhawan who is very very keen on playing the hockey legend. He even made his father David Dhawan hear the story. Karan Johar then approached Fox Star Studios who are very keen to get on board.”

There is only one hitch. A very major hitch. Karan Johar, Varun Dhawan and Fox-Star do not want the film to be directed by debutante director Rohit Jaisingh Vaid .

Says a source, “It was Rohit who bought the rights for the bio-pic on behalf of the Shetty sisters. The right to direct the film cannot be taken away from him unless Rohit voluntarily forfeits it. This, he is in no mood to do.”

Given the scenario the Dhyan Chand bio-pic seems in a deadlock.

Says the source, “Rohit Vaid rightly feels he has the right to direct the Dhyan Chand bio-pic. But Karan Johar and Fox-Star feel Rohit’s inexperience goes against him.”