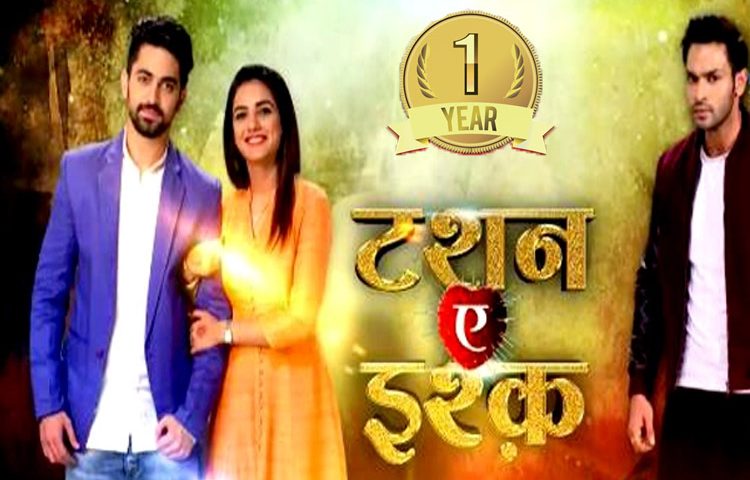 Not many predicted that the Zee Tv show, ‘Tashan-E-Ishq’ would be the success it is today. An underdog since day one, the show had a completely fresh star cast with no ‘known’ faces.

However, with an amazing youth connect, a pound storyline and some brilliant performances, ‘Tashan-e-Ishq’ has now successfully completed a year of run-time. We live in the day where, several shows come and go in a matter of months due to poor ratings and other reasons.

However, with sustained viewership and soaring popularity, ‘Tashan-e-Ishq’ has completed a year of success, happiness and bliss. And of course, it’s going stronger than ever.

Recently, the show witnessed a major change where the previous lead of the Sidhant Gupta aka Kunj quit the show and was replaced by actor Naman Shaw.

However, that didn’t faze the tempo of the show as it continues to rule the hearts of many.

The show is also three episodes away from reaching the magical mark of 300 episodes.

We congratulate the whole team of the show and can be rest assured for further adventures of Kunj, Twinkle (Jasmine Bhasin) and Yuvraj (Zain Imam).