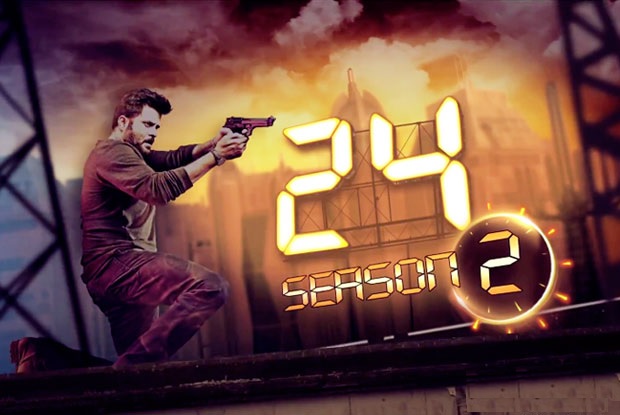 24 season 2 was one of the most anticipated shows for this year. After the tremendous success of the first season, we were excited to see what comes our way with the second installment. We had a lot of expectations from season 2 and yes! It has surely lived up to our expectations. Actually, it has crossed our expectations!

The trailer showed Jai Singh Rathore vs The Sherchan brothers. Jai Has only 24 hours until a virus breaks, eliminating one city at a time before making its way across the globe. Biological warfare is the next level of terrorism which the makers decided to implement in the show.

Jai Singh Rathore has been assigned the task to break Roshan Sherchan free out of a prison in order to save the world from Annihilation through a virus. All of this was shown in the bits and parts in the trailer itself.

What’s surprising is that it’s been just 6 episodes until now and Jai has managed to get Roshan out of the prison! They have almost completed the first part of the plot and the story seems like it has almost come to an end! There are 18 episodes to go before the show actually comes to an end and we can’t even Imagine what awesome content the show has in store for us!

So far the story has progressed quite fast. The plot is quite catchy and keeps the audience hooked on. The story is full of surprises and elements that make it totally worth the time.

What’s confusing the audience is the cuts between various scenes going on at once. The story has a lot of elements and the show jumps from sequence to sequence too quick, making the show bit too confusing and disinteresting at times.

Anil Kapoor is seen at his best in 24! He is the only Jai Singh Rathore that could have even been! All the supporting Actors are doing a Fab job and we would like to give credit to Sikander Kher for portraying a bad to the bone villain!

Talking about the technical aspects, The show has been shot very well. The cinematography and direction are just what you want to watch in a series like 24. The lighting and locations set the proper mood for the show. The Locations look just perfect. Everything from the prison to the ATU office looks totally on point.

The background scores and the themes are just too good. It is a perfect blend of heroic and Intense music. Kudos to the composers!