‘Shakti… Astitva Ke Ehsaas Kii’, starts off with portraying the difficulties of a young girl Soumya, who faces discrimination from her family and is caged at home. It is a story of a Punjabi family, where a mother fights with her own family to save her daughter. It has beautifully depicted the mother-daughter relation. However, the show has taken a leap, introducing the much-awaited comeback of popular actors Rubina Dilaik and Vivian Dsena.

Vivian Dsena, whose chemistry with Drashti Dhami in ‘Madhubala – Ek Ishq Ek Junoon’ was loved by one and all, has been missing on television since then. After two years, Vivian is back with a fresh new role, and we need to agree to the fact that he has added a new charm to the show already. It is also a comeback show for Rubina Dilaik, who is still known for her Choti Bahu stint. Apart from these two, the show also boasts of some really amazing supporting cast.

The story starts with highlighting prominent discrimination between the two daughters, Soumya (Mahira Khurrana) and Surbhi (Tasheen Shah). Their father Maninder (Ayub Khan) wants to secure his reputation in the society and wants to portray a perfect family. He and his mother Bebe go to extreme extents to save their reputation in the society. For reasons unknown to the viewers, they want to exclude Soumya’s name from their family.

The scene starts with Nimmi (Reena Kapoor) worriedly looking for her daughter Soumya, praying for her welfare. She finally finds her husband, Maninder, digging the land while Bebe asks him to bury Soumya. On seeing this, Nimmi screams and stops Maninder from burying the ten days old baby girl. Nimmi saves Soumya from them and warns them to not hurt Soumya again. She takes Soumya with her, and makes it a point to tie Souyma’s hand to herself, with a cloth.

Few years pass and Surbhi and Soumya are shown a little grown up and the discrimination still prevails. Nimmi is the one saving Soumya all the time while Maninder takes care of the other daughter, Surbhi, who he loves a lot. Maninder brainwashes Surbhi against Nimmi, and limits her from going to Nimmi. Meanwhile, Surbhi starts feeling jealous of Soumya as Bebe and Maninder instigate Surbhi against her. Out of jealousy, Surbhi takes a big step and pushes Soumya into a river.

However, Soumya saves Surbhi from accusations of killing her in front of the entire family. This makes Surbhi realize her fault, and she turns back to being the good sister for Soumya. This is followed by a 10-year leap, with the introduction of new faces i.e. the grown-up sisters; Surbhi played by Roshni Sahota and Soumya played by Rubina Dilaik. It is the guy they fall for, Harman, played by Vivian Dsena that complicates their relation again. There is also an introduction of Harman’s family, that consists of concrete actors, namely,Kamya Punjabi and Sudesh Berry.

The ambience has been captured very well and so is the trouble of a child, isolated from the outside world; both depicted brilliantly. However, the clear concept of the show is yet to be revealed, but the suspense factor is actually working for the show. Apart from this, what we liked is the brilliant performance of each and every actor in the show. Vivian Dsena makes a spectacular comeback and totally owns this role of a Punjabi guy. Rubina is also doing a good job, and their chemistry seems to be working well. The surprise package is Roshni Sahota; her performance has indeed been impressive. For now, this is all that enhances the show.

Also, the child artists have done a phenomenal job, portraying the complete backdrop of the families. Soumya, played by Mahira Khurrana, has just the right amount of innocence, and Surbhi played by Tasheen Shah has an alluring charm to herself. Ayub Khan and Reena Kapoor also put up powerful performance. Ayub’s aggressiveness coupled with Reena’s maverick character creates magic on screen.

Nonetheless, the addition to the show, Sudesh Berry, has been doing a splendid job along with his onscreen wife Kamya Punjabi. 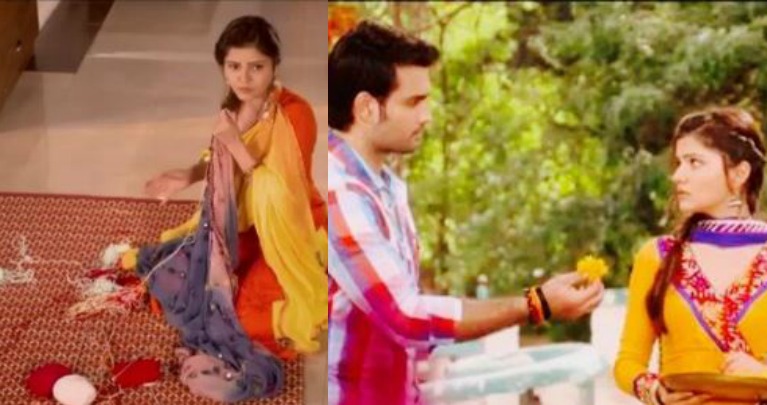 There is a big secret, which has been kept under the wraps by Soumya’s family. According to the buzz, the show addresses the issue of DSD i.e. Disorders of Sex Development or the birth of a transgender child. We wonder if the girl, Soumya, knows about it or not. Even though we can assume that Soumya was indifferent towards these issues as a child, now that she is an adult, she should have observed at least one such strand. In terms of her feelings, likes/dislikes for both genders, the curiosity of being treated different and most important, female issues. She doesn’t seem to have any such issues so far.

One thing to consider here is, if the serial makers have decided to pick up a sensitive issue like this, why aren’t they simply sticking to the subject! All this while, the focus has been more on the love story, rather than giving more importance to the core concept. 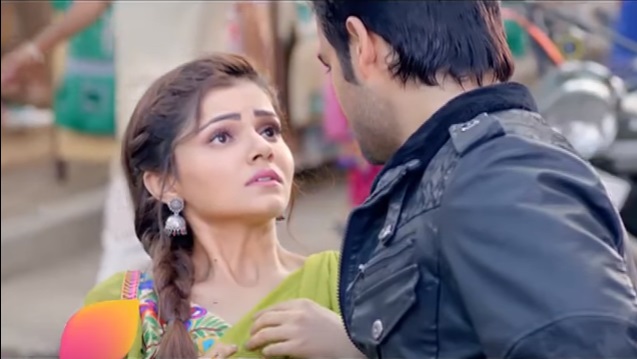 The show ‘Shakti… Astitva Ke Ehsaas Kii’ deals with a bold concept and has replaced the long- time running show of Colors’, Balika Vadhu. With a stellar cast and a riveting concept, it would definitely work for the prime slot. The viewers can surely expect some magical chemistry between Vivian Dsena andRubina Dilaik. We are still expecting a lot from the show, and waiting for the core concept to surface back, now that it has vanished after the entry of Vivian and Rubina. All in all, it is a Family entertainer, with a social angle to it.

‘Shakti… Astitva Ke Ehsaas Kii’ promises to bring something never seen before on the Indian telly. With an amazing start and an even more amazing star cast, we now, just hope the concept to get a little clearer.

What is your take on it? Do comment below.