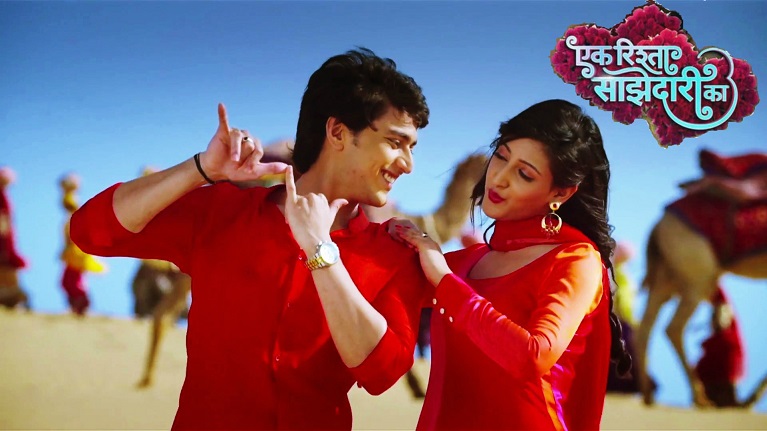 Without wasting any time, the story starts with a short glimpse of the leads Sanchi Mittal (Shivya Pathania) and Aryan Sethia (Kinshuk Vaidya) and their loving and respectable families. After a brief exchange of plesantaries they straight away get to the point of the marriage alliance of Sanchi and Aryan. Turns our that the Mittal and Shethia families are going to attend the same wedding in Jaisalmer. Both the kids are obviously skeptical about getting married, but the families promise them that there will be absolutely no pressure on them. Both families leave for Jaisalmer and we get to see more values that the families have inculcated in their kids.

They reach the wedding destination where they encounter many blink and miss situations. Sheetal, Aryan and Sanchi’s common friend updates them with each other’s room numbers and they both decide to see each other from afar. They get caught by each other’s parents. The families meet and Sanchi and Aryan are sent to spend some lone time together. They are not their own selves and speak to each other as they have been taught by their families and form a boring opinion about each other. But both families decide to give each other the benefit of doubt and come to a conclusion that they will give their final opinion after they go back to Jaipur.

Sanchi and Aryan get busy with the sangeet competition and come to the music room to get CDs and speakers where they bump into each other. Here too, they put on their fake masks and pretend as their families have asked them to. But they get locked in the music room and are stuck with each other.

The story has a fast pace. All the parallel tracks so far, have been kept short and sweet and it is just how today’s audience prefers.

Sooraj Thapar, again, plays the role of a strict father who dislikes the lack of discipline amongst his family members. But here, he is also shown to have a candid side, that only his wife and his trusted aide and driver are aware about.

Nitesh Pandey is a surprise package. He plays Sanchi’s fun-loving father in the show and his antics keep the viewers entertained.

Shivya effortlessly transforms from her bubbly self to her emotional side. Kinshuk does not fail to impress us with his cute boyish expressions and antics. As for the acting part, every actor gets better and better day by day and so will these two.

Even though the main story line of the show is about the Mittals and Sethias, there is a hint dropped about this mysterious Patni family and the yet to be shown Agarwals. The makers have managed to raise our eyebrows with a small glimpse of the suspense element of the show.

The cliches that the makers induced in the show were way too many. Like how both sets of parents think alike and how even the leads think alike. A required amount of filminess is interesting to watch but if the makers go overboard with it, viewers would tend to detest it after a point of time.

The show has surely struck a cord with the audience. And after the first week, viewers will surely wait for the next week. Kinshuk and Shivya’s pairing is fresh and already is receiving great reviews. The show, we feel, will sure turn out to be an even bigger hit with the masses very soon.