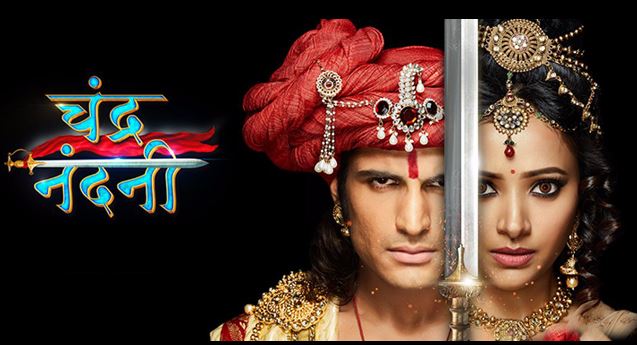 The kingdoms of Magadh and Maurya are on friendly terms until treachery breaks them apart. The Magadh king Shishunath invites the Maurya king Suryagupt and his pregnant wife Moora (Papia Sengupta) over for the Vasant festival. It is then revealed that Maharani Avantika (Mansi Sharma) is having an affair with the common man Nand (Arpit Ranka). Suryagupt gets to know about this but Nand kills Shishunath where Suryagupt and his wife are framed for the murder. Suryagupt and Moora escape, but are caught. Suryagupt hides his wife but is killed. Moora delivers a son and names him Chandragupt, but not before making a promise that Chandragupt will return and avenge his father’s death from Nand. Nand then usurps the throne and makes Moora a prisoner with an intention of making her his queen, but not before Moora securely hides her son Chandra from Nand’s goons.

A leap of 14 years is shown, where Nand, now Maharaja Padmanand, has taken over Magadha. He has burdened his subjects to taxes and atrocities which have no end. But he has one weakness and i.e. his daughter Nandini. Nandini is the one thing that Nand loves more than anyone else. A young Chandra, is taken in by a barren couple and where his mother loves him, his father despises him and expects him to earn so that he can have his daily dose of Madira.

In the meantime, Chandra comes across Amatya Rakshas, whorecognizinghis courage, gives him a ‘swarnamudra’ that would help him gain entry into Pataliputra. Chandra gets beaten up repeatedly by his father, just to save his mother. On questioning, his mother reveals that she cannot leave his father because she loves him. A young Chandra, watching all this, decides to never fall in love. He promises his mother that he would earn so much of wealth that he would throw it on his father’s face and take her away.

Chandra reaches Pataliputra, where he witnesses the common man being subjected to atrocities. He also comes across Moora, who is being publicly beaten up. Unable to bear it anymore, Chandra saves her. He comes face to face with Padmanand and questions him about the happenings of his kingdom. An arrogant Padmanand dismisses Chandra. Chanakya, who gets word of Alexander soon planning to invade and take over India, seeks an audience with the king, but is insulted by Padmanand in return. That is when Chanakya, foresees Padmanand’s downfall.