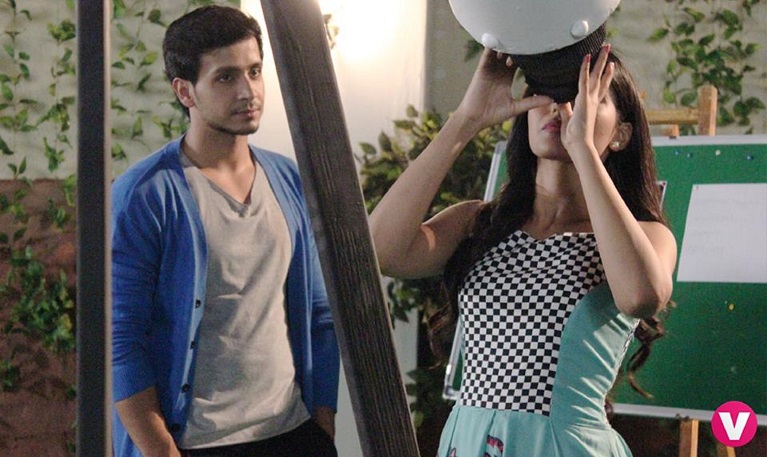 Sadda Haq (Channel V) in its second season has already seen a number of high moments that have left audiences wondering about the Randhir (Param Singh) and Sanyukta (Harshita Gaur) dynamics. The show, in its previous episode, had featured a growing level of revenge seen between Randhir and Sanyukta.

With Sanyukta receiving the honour of being chosen as the team leader, she now strives to create a unified team and get in the best shape for the mission. Randhir however, certainly has other plans as he tries to constantly find a way to annoy Sanyukta by either trying to kiss Sanaya to make her jealous or by trying to reveal that he works at ISRC to Sanyukta’s father! The atmosphere has certainly become tense as yesterday’s episode saw Randhir finding newer ways to taunt Aryan and Sanyukta. Randhir, already sensing the team’s lack of co-ordination with Sanyukta as a leader, successfully gets into Sanyukta’s skin by asking her to take his chest measurements much to Aryan’s dismay.

Today’s episode of ‘Sadda Haq Season 2’ gets intense as the rift grows and Randhir instigates the team to not co-operate with Sanyukta while she tries to lead the team for the mission.
Are you excited for the upcoming track? Don’t forget to share your views…