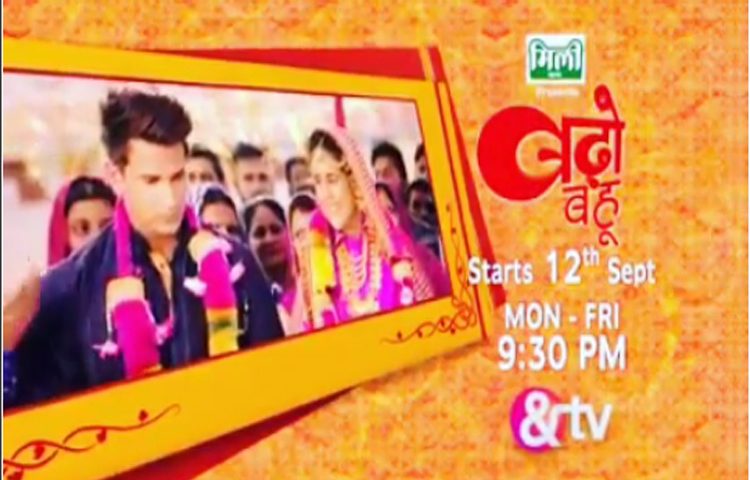 And now he is all set to make his fiction acting debut. The fans and everyone have been waiting desperately for this show’s promo, where the news about Prince portraying a wrestler on the show created a stir in itself.

The promo of ‘Badho Bahu’ begins with a quintessential explanation about the protagonist of the show, Komal (Rythasha Rathore). The fact that she is an ordinary looking, fat girl who has simple beliefs and a fun-loving attitude.Very well aware of her limitations, she doesn’t even have a ‘dream man’ to marry, certainly not a Salman Khan.

However, fate is all set to shower ‘EXTRA’ blessings on Komal as a handsome and macho man arrives in her life (Prince Narula) accidentally.
And before you can imagine, Yes ! The man is forcefully made to marry this 100 kg woman. The promo ends with a frowning Prince Narula’s character and a happy Komal.

The first thing that strikes to the mind watching the promo is the sheer similarity of the concept and look with the hit film, ‘Dum Laga Ke Haisha.’ While the film was set in the city of Haridwar, the show has a Haryanvi setting to it.

In spite of appearing as an ‘already seen’ concept, the look-and-feel of the promo is absolutely refreshing. A Haryanvi setting with a Punjabi flavour, Prince’s heroic entry and alittle glimpse of actor Pankaj Dheer isjust enough to get your eyes glued to the promo.

The Verdict
The biggest winner of the promo is the Haryanvi voiceover, where he rhymes the words Komal with Simple and finally Quintal. You cannot help but laugh at the explanation of it. Apart from that, Rytasha looks brilliantly apt for the role of an overweight simple girl who lives her life just like any other girl. Also, the teaser shows the little problems an overweight person faces in a delicate way by not overpowering it. Prince looks handsome with his entry, where, out of nowhere, his smiling face turns into a frown being forcefully made to marry this girl. The conclusion of the promo explains the actual crux where, how this ‘accidental’ marriage has nothing but distance and how love is pivotal for them to be together.

In spite of being an ‘inspiration’, the show has a fresh and funny feel which makes the promo an absolute treat.