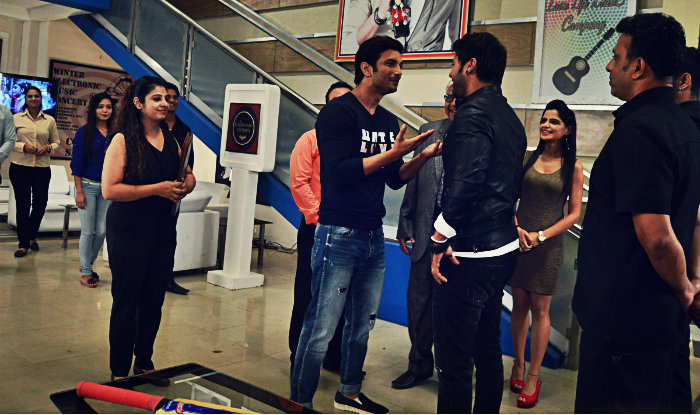 Yes, the beloved Manav from Zee TV’s Pavitra Rishta is back on small screen. But this time Sushant Singh Rajput is not going to be seen playing any character in the daily soap. He will, instead, be seen promoting his upcoming Bollywood flick, ‘M S Dhoni: The Untold story’.

After gaining a lot of love and fame, the actor is again back on TV and will be seen in Balaji Telefilm’s show KumKum Bhagya. This show also recently welcomed Riteish Deshmukh and Jeetendra for a special episode of Ganesh Chaturthi, where they promoted Banjo with a twist on the show.

This time round, Sushant will be seen appearing as a friend to Abhi, where he reaches Abhi’s music company and will be seen resolving the ongoing fight between Abhi (Shabbir Ahluwalia) and Pragya (Sriti Jha) that started after the music launch blunder.

Also, Sushant and Shabbir had indulged their time in playing cricket on the sets. The best buddies of television also took a trip down memory lane and shared a nostalgic time together. Here is a look of the two hotshots of tinsel town posing together!