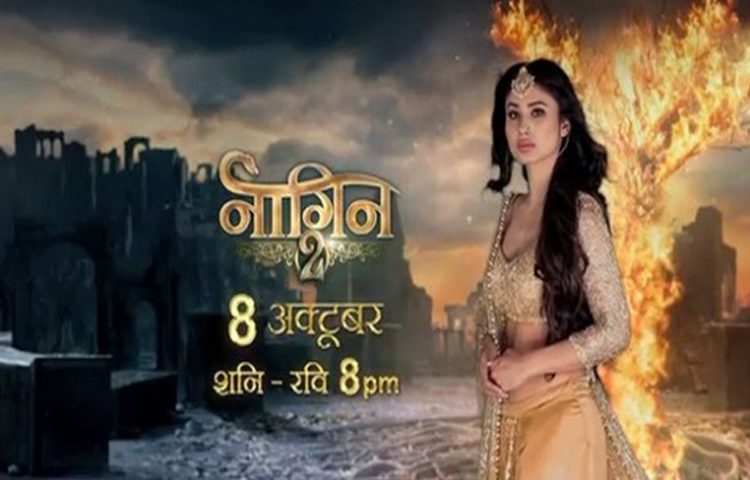 The much awaited and most talked about show in recent times, ‘Naagin’ is FINALLY back with a second season, ‘Naagin 2.’

Yes! After almost a four-month season break, the TRP dominator is back to woo one and all.

And as the promo is out, we analyse whether the promo lives up to the hype building around it or not. Does the show promise to sustain the popularity and anticipation of its first season? Let’s find out..

The promo directly starts with Shivanya (Mouni Roy) praying to Lord Shiva about saving her daughter from all the problems she went through and pleads that her daughter doesn’t get the naagjivani vardaan (living life as a naagin).

However, just as you would expect, that will certainly not be the case, where Shivanya is asking a saint that will her daughter too, be facing the same problems? To which the saint answers in a very cryptic way that she will be knowing her fate in life as soon as she turns 25.

And that daughter is none other than Shivangi (Mouni Roy). The promo ends with Shivangi telling that she keeps wondering if she has a different motto in life, a different objective..And in absolute style, it ends with a message that this story is incomplete and Shivangi is here to complete it, followed by an eagle coming and turning her into a ‘NAAGIN’.

The whole look and feel of the promo is more exciting than ever. Mouni Roy may be playing an old woman, Shivanya, but that just fades her glow and charm. Her look of an old woman is absolutely terrific as you don’t feel that she is being made to look like an elderly character for the sake of it.

And of course, the next frame presents us what we LOVE to watch! Mouni in her quintessential and absolutely fantastic ‘Naagin’ costume. The gorgeous golden outfit with the alluring nose ring, Mouni absolutely blew us away.

All we can say is, we just can’t wait to see ‘Naagin 2’. When the first season was aired, we did not know what to expect and everything was a surprise. In the second season, we have our expectations set and the development of story looks aptly knitted. With returning characters, Sesha (Adaa Khan) and Yamini (Sudha Chandran), we are in for another amazing season of ‘Naagin.’

An Interesting Fact: The first season of ‘Naagin’ premiered on 8th November 2015 and this second season will be premiering on 8th October 2016.

So, Eighth is the DATE to look forward to this October..