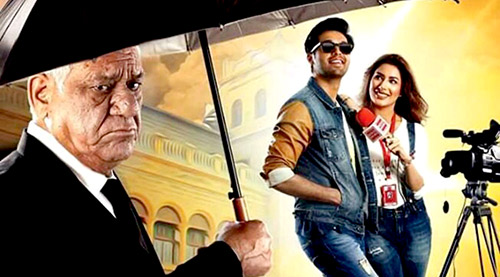 Veteran actor Om Puri is currently in Pakistan for the promotions of his upcoming film, Actor in Law. The actor is making his debut in Pakistan film industry with this film.

Om Puri arrived in Lahore from Multan on Sunday night. On Monday, he met with his fans and urged them to watch his film. The promotional tour will head to several other cities in Pakistan.

Directed by Nabeeal Qureshi, Actor in Law is a story about an aspiring actor who succumbs to pressure from his father and takes up the role of a lawyer. It stars Fahad Mustafa and Om Puri in the leading roles and is set to release on September 13.