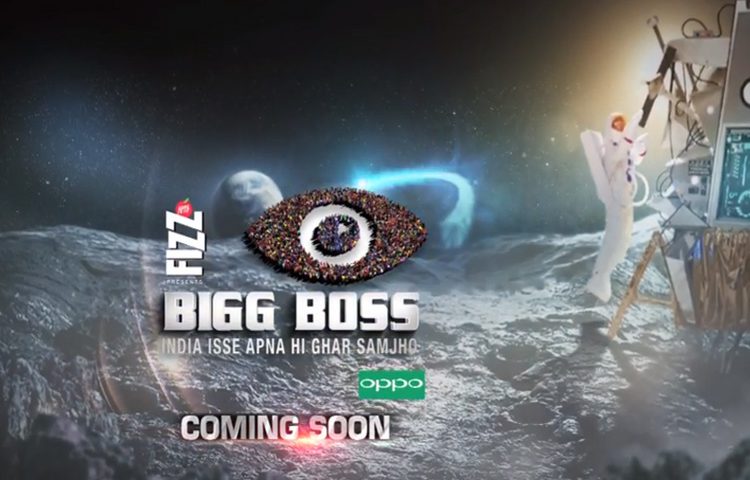 Promos were aired all year round about how the upcoming season of ‘Bigg Boss’ is now open to common people for participation. But, when the eighth or ninth month of a calendar year strikes, you know the excitement levels for Bigg Boss’ new season gets all set to engulf you.

And here it is. The promo of ‘Bigg Boss 10’ is here and the most loved Bhaijaan, the one and only, Salman Khan is back too as the charming host!The promo begins with a space setting, where one random astronaut seems to be at the space station connecting with the other astronauts. And lost in gravity, flying in space, arrives Salman as he removes his space helmet.

Then Mr. Khan soon begins to explain what is exactly this season all about. Well, maybe not exactly. After personifying the real life people with the examples like ‘jab chaand par dikha insaan pehli baar ya ande se nikli murgi pehli baar to create hua itihaas’ which means history was created when man first landed on moon or a chick was born out of an egg.And similarly, this season of ‘Bigg Boss’ is here to create history. As for the first time ever, the show is set to be inviting common people as their guests.

Salman is at his best as always. When it comes to ‘Bigg Boss’, Salman is an absolute treat to watch. And in his spacesuit and amazing prose-dialogue, he delivers the actual message of the show in a rather mysterious yet clear way.

While, we can keep assuming that whether the central theme of the show, this time is gonna be space; we are sure in for several surprises. The idea of opening the doors to common men and women for a stay in the house is really exciting. As, those people are actually gonna be THEMSELVES and not be acting.

After an uninspiring season last year, this time, the makers wouldn’t want to leave any stone unturned. We are in for another roller coaster ride, so buckle up and keep yourself in a good ‘SPACE.’

P.S- The show is adapted from the international format ‘Big Brother’, which INCIDENTALLY follows the concept of getting common people as housemates since day one.