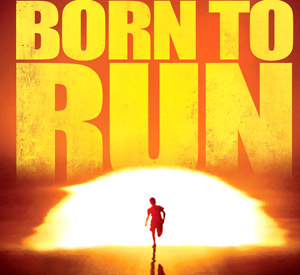 Bollywood has seen many films that have been based on sports. While the majority of them were based on the game of cricket, a handful of them were based on other sports like boxing (MARY KOM), athletics (BHAAG MILKHA BHAAAG), football (GOAL), cycling (JO JEETA WOHI SIKANDAR), hockey (CHAK DE! INDIA), to name a few. This week’s release is BUDHIA SINGH – BORN TO RUN, a film that’s based on the sport of marathon running. Will BUDHIA SINGH – BORN TO RUN have a marathon run at the box-office or will it get ‘disqualified’ by the cinegoers, let’s analyze.

The film starts off with a set up of the divine Puri in Bhubaneswar. It is there that the audiences are introduced to the 5 year old Budhia Singh (Mayur Patole), who gets sold off to a local merchant by his impoverished mother, for a mere Rs. 650. There enters the ‘social entrepreneur’ Biranchi Das (Manoj Bajpayee), who runs a judo coaching classes for the young orphaned children. When he gets to know about Budhia Singh being sold off to a man, he rescues Budhia Singh and convinces Budhia Singh’s mother to allow him to be kept with him, while he gets her a job. Delivering a chance punishment to Budhia Singh, makes Biranchi Das discover the former’s ‘god-gifted’ talent to run relentlessly without an ounce of tiredness. There after he starts coaching Budhia, with a sole aim of creating a world record. And when the news of Budhia’s athletic talents reaches the media, he, not only becomes an overnight sensation, but also the toast of the entire Bhubaneswar state. Biranchi Das gets so very involved in coaching Budhia to become an international marathon star, that he (unintentionally) starts overlooking his own family. And when the non-stop achievements and the records created by the 5 year old Budhia reaches its pinnacle, the Child Welfare Board’s committee members try to bring down Biranchi Das as well as Budhia Singh. What follows after that are a series of allegations that includes Biranchi Das’ trying to exploit the childhood of Budhia Singh for his selfish motives, uncalled for dope tests being conducted on Budhia Singh, national unrest regarding Budhia Singh and a call for ban on Budhia Singh’s running, which could mean an abrupt end to his flourishing career. What happens eventually of Budhia Singh and his career, coach Biranchi Das’ dream of Budhia Singh win at the Olympics, is what forms the rest of the film.

Even though BUDHIA SINGH – BORN TO RUN is Soumendra Padhi’s debut film, his past experience in directing short films, documentaries and music videos has come very really handy while directing this film for the big screen. His storytelling ability through the medium of celluloid is crisp and impeccable. It’s a given that working with children is way different than working with grown-ups. The last time one saw such a spectacular performance from a kid was in TAARE ZAMEEN PAR. Full marks to Soumendra Padhi for having extracted a tremendously outstanding performance from Mayur Patole, the film’s protagonist. While Soumendra Padhi has managed to set the film’s pace with its first half, it’s the film’s second half that does miracles for the film. Do not miss the scenes of Budhia Singh’s dope tests and his interaction with coach Biranchi Das in the sports hostel.

As for the performances, the film rides totally on the tender shoulders of Mayur Patole (who makes a remarkable debut with BUDHIA SINGH – BORN TO RUN) and the seasoned actor Manoj Bajpayee. Despite being young and raw, Mayur Patole carries the film like a well-trained and true professional. Right from the word go, Mayur Patole steals the heart of the audiences with his incredible performance in the film. The impact of his performance is so strong that, you tend to forget that he is an actor. Lending a rock solid support is Manoj Bajpayee, who delivers yet another memorable performance in his role of being Mayur Patole’s (Budhia Singh) coach. The chemistry between the two is really heart touching. Their chemistry is something that needs to be seen in order to be believed. On the other hand, the other actors (esp. Tillotama Shome, Shruti Marathe, Chhaya Kadam) do a decent job and help taking film to move forward.

Even though the film’s music (Sidhant Mathur, Ishaan Chhabra) is not remarkable, still it does not hamper the film in anyway. The music of the film is woven within the film’s narrative in a beautiful manner. The film’s background score is good.

Manoj Kumar Khatoi scores by doing a superlative job as the film’s cinematographer. He has captured the entire sequence of the marathon running between Puri to Bhubaneswar in an extraordinary manner. The film’s editing (Shivkumar V. Panicker) is decent.

On the whole, BUDHIA SINGH – BORN TO RUN, despite winning a national award and being a good film, has less awareness due to poor publicity and lesser star value. Due to this, BUDHIA SINGH – BORN TO RUN will face an uphill task at the box office. Overall, the film will have to rely heavily on word of mouth and strong audience support to post good box office figures. But if you are in the mood to watch an inspirational tale of human spirit, endurance and sacrifice, do watch this one.