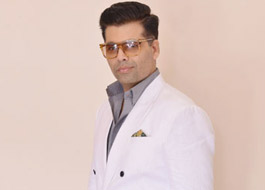 Karan Johar surprised everyone today by having a chat session with his followers on Twitter. The filmmaker answered a lot of queries about the popular actors and he gave interesting replies. At the same time, a lot of interesting and headline worthy details emerged in the process.

There were many questions about his upcoming directorial venture Ae Dil Hai Mushkil. He revealed that Ranbir Kapoor plays a lonely character in the film and its first look will be out in August. The film clashes on Diwali with Ajay Devgn-starrer Shivaay. An over enthusiastic fan tried to ridicule KJo over the clash but Karan retorted by attacking his not-so-good English.

He surprised everyone when he said that a sequel to Student Of The Year is indeed in the pipeline and that it will be announced in the next 2 months. Will Varun Dhawan, Alia Bhatt and Sidharth Malhotra be retained remains to be seen. And when asked if there are plans to make the impending Dostana sequel, Karan Johar gave a funny reply: “NO!! I will be stopped 377 times!!!!”

When asked whether Deepika Padukone will be seen in a Dharma film in future, his reply of ‘Very Soon’ gave happiness to lot of Deepika fans.

He has assured that he’ll have such a chat session every weekend. Looks like KJo is all set to add lot of entertainment on Twitter with his funny and interesting replies.