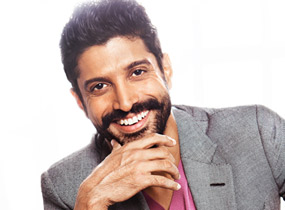 Bollywood’s ‘Mr. All Rounder’ aka Farhan Akhtar is always game for something or the other, when it’s about creativity and excellence. No wonder then, he has become everyone’s ‘Mr. Dependable’ over the years. And when it comes to the protection and the welfare and upliftment of the women folks, he has always been vocal and upfront about the same. As a step towards this, he even started the social movement ‘MARD’ (Men Against Rape and Discrimination).

With the worldwide Women’s day just around the corner, how can Farhan Akhtar and his ‘contribution’ to the same be far behind! If the reports are to be believed, then, Farhan Akhtar is now all set to collaborate with Kalyan Barua (who happens to be the most sought after guitarist of Bollywood) for a special song, details of which are kept completely under the wraps.

Farhan Akhtar had recently posted “Will be sharing something special with you all soon.. @AppleMusic #WeallareontheGoodside #March8 #WomensDay” on his Instagram account.” Watch this space for developments.