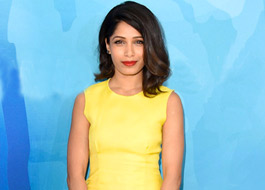 Readers may note that Bollywood Hungama had reported about Freida Pinto joining the cast of the film The Jungle Book. The latest update on the same is that she will be playing Mowgli’s adoptive mother.

Speaking about the same, Freida said that she had read ‘The Jungle Book’ and had watched the TV series in India during her growing up years. She added that most of her films have not been good enough for the children. That’s why she was very happy to be doing a film that can be watched by the kids.

Watch this space for developments.