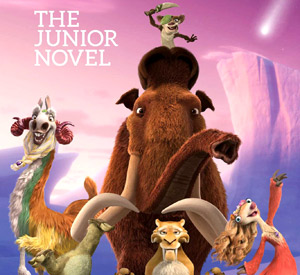 Back in 2002, we saw the release of a rather touching film ICE AGE that told the story of a woolly mammoth’s journey across the pre-historic landscape in search of another from his species. While the film caught on with the critics and the audiences alike, we soon saw sequels being developed turning the subject into a franchise. Now years on we see the release of the fifth film in the series with ICE AGE: COLLISION COURSE hitting screens this Friday. But will the fifth film live up to the ones that have released or will it be just another run of the mill animation film, is the question.

ICE AGE: COLLISION COURSE starts off with the ever so funny character Scrat accidentally activating a long abandoned alien ship that takes him into deep space. Not comprehending what is really happening around him while solely focusing on retrieving his lost acorn, Scrat unleashes a cosmic disaster the size of which threatens to annihilate life on earth. Meanwhile, Manny is worried about the upcoming marriage between Peaches and her fiancé Julian, while Sid is dumped by his girlfriend Francine, just as he is about to propose to her. During Manny and Ellie’s wedding anniversary party, some of the asteroids strike the place and the herd barely escapes with their lives. On the other hand, deep underground the plucky weasel Buck who is fighting off a trio of Dromaeosaurs, discovers an ancient stone monument that speaks of the impending doomsday. Taking this stone to the surface, Buck explains to the herd that according to the monument, the asteroids that have been set in motion (by Scrat) are heading towards earth and will cause an extinction level event. However, after studying the stone, he has devised a plan to avert the cataclysmic event and eventually save the planet. From here on, the film follows the heard on their journey to the expected crash site to understand what is attracting the meteorite and figure out a way to launch it back into space thus drawing the meteorite away.

To begin with, ICE AGE: COLLISION COURSE still manages to retain the charm of the original film keeping the story close to the central protagonists while at the same time involving a plethora of other characters who help take the story forward. While the characters of Manny, Ellie, Diego, Sid, Peaches and Julian are highly relatable instantly developing a rapport with the viewer, the overall story comes across as a bit predictable. Here a special mention need to be made for writers Michael J. Wilson and Michael Berg who have done a good job of making the characters relatable, while at the same time developing a larger than life story that is interspersed with humour that reminds viewers of the first film. However, though the original character from the previous films still remain as the main protagonists around whom the film revolves, the addition of a host of other characters draw attention away. The sheer number of characters vying for the limited attention of the viewer is distracting causing more confusion than a raving stampede, while the older characters that seem to be getting tired, get regaled to the sidelines. Apart from this the plot of the film, though well executed, will mainly appeal to 5-10 year olds. However, despite this, ICE AGE: COLLISION COURSE does keep you entertained. While the story does drag on in parts, the makers have managed to infuse an underlying message about accepting change and moving on as well as letting it go and growing up very well. Though this message might not be fathomable by the film’s target audience, teenagers who have grown up watching the previous films will certainly get it.

Coming to the animation and visuals of the film, ICE AGE: COLLISION COURSE has certainly come a long way since the beginning of the series in 2002. Though the film features slick, fast paced visuals that catch your eye, the makers have managed to add incredible detail to the proceedings. Since the on screen happenings are fast paced with a few breathers (read slow moments), kids will definitely be hooked.

On the whole, ICE AGE: COLLISION COURSE is not one of the big ticket, story-heavy Hollywood animation films we have seen in recent times. It is a light entertainer mainly targeting younger audiences but is worth a watch.