“I wish to be one of the most popular faces of SAB TV.” – Malini Kapoor 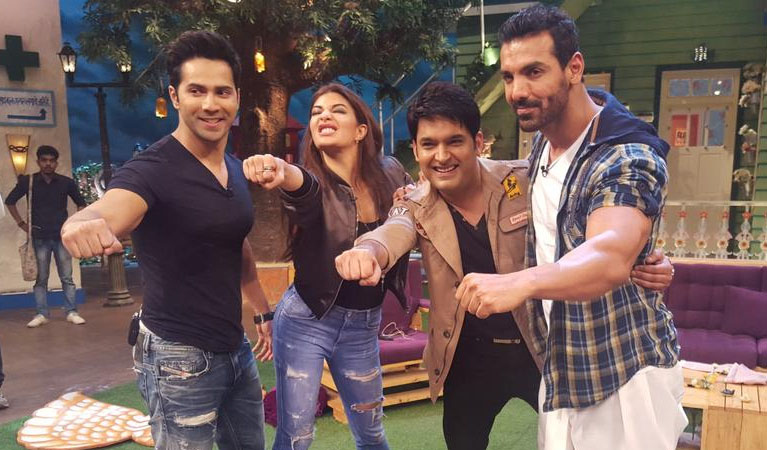 The Kapil Sharma Show’ has already given some laughter riot episodes, be it Sunil Grover wooing Aishwarya Rai Bachchan sketch or the ‘Baby Ko Base Pasand Hai’ sketch in the Salman Khan episode.

And the madness just got bigger when team ‘Dishoom’ recently visited ‘The Kapil Sharma Show.’ Actors Varun Shawan, John Abraham and Jacqueline Fernandez were present on the show to promote their film. One would expect some amazing jokes and acts, the three actors participated in various acts making them even funnier.

Here are some pictures which evidently portray the craziness and fun everyone had.

That’s some way to do your workout…John has got some real moves..Varun’s romantic and macho side coupled together..Dr. Gulati and Jacqueline finding something..??

The Kapil Sharma Show always brings on to our TV screens laughter at its purest form!