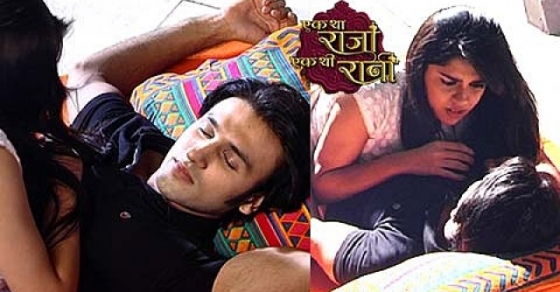 Actors Sartaj Gill and Eisha Singh – the lead pair of Ek Tha Raka Ek Thi Rani got injured while shooting for a scene for the TV show.

For the sequence of the ZEE TV show, Sartaj had to lift Eisha and escape from the police. But he tripped while running due to a stone.

“Sarjat tried to shield the blow by keeping her off the ground and was able to save her head from getting hurt. But the stone scraped against Eisha’s skin. Sartaj, himself, got hurt in the course of this minor accident,” said a source close to the show’s makers.

The actress was advised by the medical officers not to remove her bandage. So, to explain the bandage in the show, the makers decided to show a similar accident on screen.

“I am thankful to God that nothing major happened to me, as the stone was just next to me and my head could have been badly hurt. Thanks to Sartaj who saved me in the nick of time. Everyone in the production house was tense when we fell,” Eisha said in a statement.