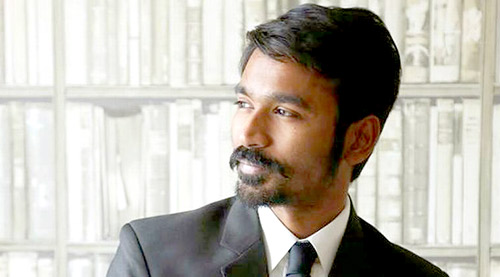 While he is an established South star, Dhanush recently also made a mark in Bollywood and now his eyes are set on Hollywood. The actor is all set to make his international debut with none other than the Kill Bill star Uma Thurman and Alexandria Daddario of San Andreas fame.

The film that marks the debut of Dhanush is titled The Extraordinary Journey Of The Fakir Who Got Trapped In An Ikea Cupboard, directed by Iranian French director Marjane Satrapi. Dhanush plays the role of an entertainer named Aja from a group of artists who is sent to Paris on a secret mission by his mother. Director Marjane maintained that it was Dhanush’s looks, smile and intelligence that attracted her the most and she was quite confident whilst casting him for this role.

Produced by Aditi Anand, the film is said to be shot in India, Italy, Morocco and France and will go on floor in mid-2016.