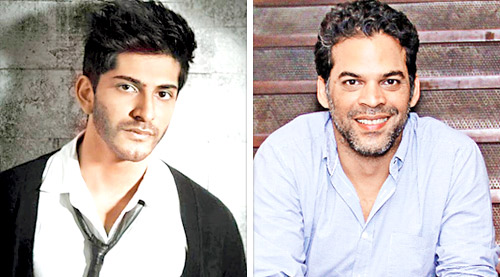 While his debut film, an ambitious venture of Rakeysh Omprakash Mehra Mirzya, is all set to release this year, Harshvardhan Kapoor seems to be on a roll. The actor has already signed his second film even before the release of his debut and it is the much delayed Bhavesh Joshi, directed by Vikramaditya Motwane.

In a recent statement issued by the production house major Eros International, the makers confirmed about the film saying, “Scheduled to go on floor this year will be Eros and Phantom’s socio-drama superhero film Bhavesh Joshi starring Harshvardhan Kapoor to be directed by Vikramaditya Motwane.” The film initially had to face several setbacks including changes in the lead cast where several names from Sidharth Malhotra to Imran Khan were being considered. Later, Vikramaditya also clarified that he had to change the script suiting the current situation as the film had a political backdrop that represented the previous government.

But looks like everything has fallen in place for the filmmaker finally and the film is all set to go on floor soon. As far as the rest of the cast is concerned, the details are still being kept under wraps.