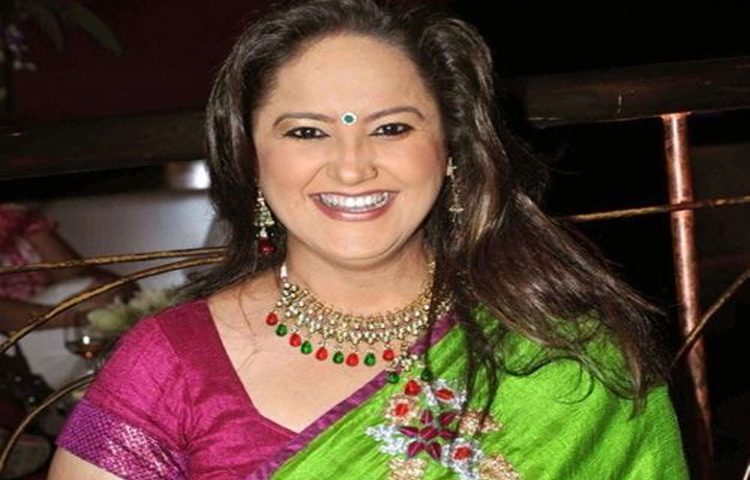 Actress Swati Shah is best known for her role in the long-running Star Plus show, ‘Saath Nibhana Saathiya’. And now, after all these years, she is all set to try something new and different with the mega show, ‘Beyhadh’.

In a vis-a-vis conversation with the actress, she spills beans on ‘Beyhadh’, ‘Saath Nibhana Saathiya’ and acting on stage among everything else.

You have been an integral part of ‘Saath Nibhana Saathiya’ all these years and this role is a complete makeshift in ‘Beyhadh’. So, what do you feel about it?

Its a good experience after doing quintessential daily soaps for almost 12 years. Since the past 12 years, the viewers are used to seeing me in a sari and this is certainly a good change. You tend to become stale as an actor and want to try different things. You are always looking out for something which is out of the league and I absolutely love this role. The show is very urban and the best part is that I get to wear salwar-kameez and in fifteen minutes I am ready (laughs). No heavy make-up, no jooda. Having said that, everything has its own sweet place and ‘Saath Nibhana Saathiya’ holds a very special place in my career and my life. It has been a home journey and when you work for seven years with a set of people, it becomes family.

‘..Saathiya’ is a daily soap and a quintessential saas-bahu saga, while Beyhadh’ is intended to be a finite series. So, do you think the finite series concept is a boon or bane?

Well, frankly speaking, I think finite series are fun to work with. Because, for the viewers, there is always something happening and there is no loose moment in the show. And as there is a limited period of time, the makers want to encapsulate all the elements to make things interesting. Hence, I feel, finite series should totally be a more acceptable medium. However, I am a daily soap actress, so, for sustenance, they should also be there (laughs). They are in fact a great source of money as we all know (chuckles). But, with all this being said, everything has its own pros and cons.

We have seen it in the past where a show is intended to be a finite series and if it fares well, it is extended and elongated, often compromising on the content. What do you have to say about that?

As I said it before, us artists are really selfish. And similarly, the channel and producers are investing a whole lot of money and time which is being rewarded with immense love and success, then why wouldn’t they extend it. That is the greed that can attract anyone and everyone. However, when it comes to ‘Beyhadh’, when I met the producers before the show started, they were absolutely clear that no matter what, they don’t want to extend this. This show is intended for a certain amount of period and come what may, that won’t change. More importantly, we will not deviate from the story and stay true to the content. The motto is to create an impact so massive that the audience remember it for years.

You have been a celebrated stage actress for all these years and you have also done television for so long. Which medium do you think is more demanding?

I understand that people have this notion. I have been associated with Gujarati theatre for almost 20 years. And not many would know that, in stage, there have been times where commercialisation has taken up over other factors. Every genre has its own period. And theatre is no different to the same. For instance, there are times, when people love only thrillers, then sometimes people love only comedy etc. Hence, it isn’t that only TV has commercialisation, even stage has it. But, TV, being the large scale it is at, gets noticed. While, stage, being on a relatively small scale, doesn’t come into notice.

You have not been a part of ‘Saath Nibhana Saathiya’ lately. Would you be open to get back to it?

My character has been given a break on the show. In the current track, my character would not have been justified, so they have given me a break. But, doors are always open for ‘…Saathiya’. The show is very special.

About your character, you play mother to Arjun (Kushal Tandon). And we witnessed it in the premiere, that there is this unspoken awkwardness and a cold vibe between your character and Arjun. What is the crux of it?

There are highs and lows in everyone’s life. Every family has been through a rough patch and our family (in the show) has gone through a rough patch too. As you saw in the premiere episode, my character and Arjun have some coldness towards each other. But, it isn’t that there is total hatred between the duo. It is something which can be handled and treated in due course of time. He is mad at me and I keep trying to break that. One very important thing that I would like to highlight in Arjun would be that, though he is mad at me, he doesn’t disrespect me. He gives the respect and stature that I have as a mother. So, that becomes a good sign in itself that this coldness can be treated.

And one final thing which you like to tell the readers about what to expect from the show?

To all the readers, since the past many years, we have been witnessing a repetitive kind of television viewing. There is nothing wrong about it and I am certainly not trying to be diplomatic. There is nothing wrong in trying something new. When you will see something new you will be able to decide that do you like it or not, should one do it or not. Since 90s, we have been watching the same kind of TV shows and have been used to the same kind for such a long period of time. I think, now is the time to experiment. Even in our personal lives, we have gone through so many changes. But, we have witnessed these changes and have accepted them. So, I urge the viewers to see it and decide. This may be a breaking point that we need. Because, you know what usually happens, we say that Oh, you know I saw Vampire Diaries, I saw Game Of Thrones; it was so amazing. But, why did you find that amazing? Only when you saw something different, you realised its amazing. So, watch this change and decide on the same. ‘Beyhadh’ is the change we need and I urge everyone to see it and decide.

We hope this was of some enlightenment to all the readers. ‘Beyhadh’ airs tonight at 9 pm on Sony TV.