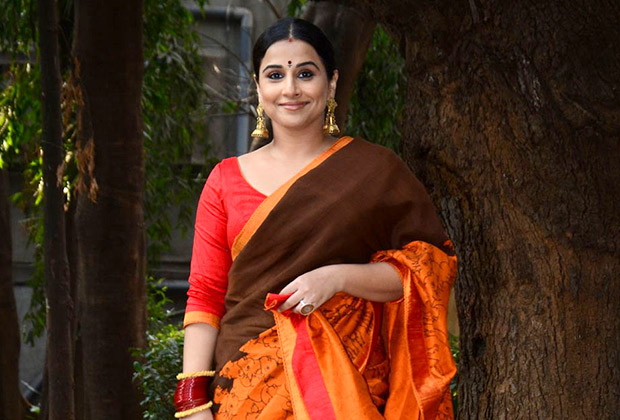 Her role of a pregnant woman in Kahaani had bagged her several accolades. Returning to the silver-screen as the protagonist of yet another ‘kahaani’ is Vidya Balan and this time around she is Durga Rani Singh.

For the ones who find the name familiar, let us remind you that, almost two years ago, Sujoy Ghosh had announced a film with the same name which failed to take off. Agreeing to the same, recently the filmmaker added that he found the name too interesting to let it go. Considering that the said film wasn’t going happen, he decided to use the name Durga Rani Singh for his leading lady in Kahaani 2.

Vidya Balan plays the role of a ‘wanted criminal’ who is on the run after being charged for kidnapping and murder. And the job of finding her has been entrusted upon Arjun Rampal who plays the role of a fierce cop. Like Kahaani, this film too is based in West Bengal but Sujoy maintained that it is a completely different story compared to the prequel and has no reference to the previous instalment.

Kahaani 2, which was slated to release on November 25, has now been postponed to December 2. Apparently, producer of the film Jayantilal Gada did not want to have a clash with the Shah Rukh Khan, Alia Bhatt starrer Dear Zindagi. Speaking about his decision, Gada mentioned that he shares a great rapport with Mahesh Bhatt with whom he has worked for TV shows and he considers the Bhatts to be family. Hence he decided to take this decision of pushing the release date of Kahaani 2.

Voicing out similar thoughts was Sujoy Ghosh who added that he wanted to watch Dear Zindagi first day first show.

Kahaani 2 has been shot extensively in Kalimpong and several other picturesque locations like Chandannagar located in the outskirts of Kolkata.