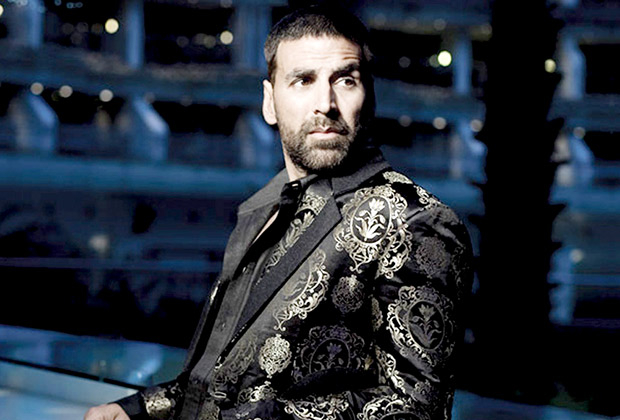 No, Akshay Kumar is not doing the next Priyadarshan film which is being produced by Rohit Shetty. Just like he is not doing Five! Or for that matter half a dozen other films that seemingly feature him and promise to keep him occupied forever.

“More than painful, it is plain embarrassing to see such sort of news making rounds,” informs our insider, “To have younger stars being in news for such so called announcements are still understandable; after all they need to be visible in such competitive atmosphere. However, to have films being attributed to senior actors like Akshay, Khans, Ajay or Hrithik is just not comprehendible. Their work speaks for itself so they would certainly not float such ‘news’ per se. However, when time and again they have to clarify their stand on unsolicited announcements like this, it is embarrassing for both the actor as well as the makers who are involved.”

Just a few days back, Akshay’s name was ‘announced’ for Five, something that resulted in a denial. Over last couple of years, at least half a dozen films have been announced for Salman Khan, none of which went beyond the rumor stage. Moreover, the moment Sanjay Dutt came out of jail, there were six-seven movies that were spoken about in one month flat. Then, there also have been many speculations around films being picked by other superstars, all of which ultimately got designated as pure speculations.

“People must understand that today if a film has to be announced, a superstar typically uses the social media to do that himself,” our industry source adds, “Shah Rukh Khan announced his film with Aanand L. Rai on Twitter. Yash Raj sent an official email announcing Thugs of Hindostan with Amitabh Bachchan and Aamir Khan. They did the same for Salman Khan’s Tiger Zinda Hai too. Rakesh Roshan was the first to announce Krrish 4. And then Akshay of course revealed not just the name but also the First Look poster of Crack on Twitter. That’s the way to announce a film, and it’s a proper way too.”

This may be heartbreaking though for many who were expecting Akshay Kumar and Priyadarshan to return, and that too with Rohit Shetty as the backing force, considering the fact that all three of them think commercial and are hence a lethal combination.

“When that has to happen, it will happen,” our source continues, “For now though, it is all in the air. As the adage goes, there is many a slip between cup and lip. Itni cheezein beech mein hoti hain between a concept being put together, a hero being thought of and ultimately an announcement being made. Uske baad picture floor par laana, along with the entire plan being chalked out, is a different monkey altogether. Kuch hone se pehle news banaana is just not a good idea.”