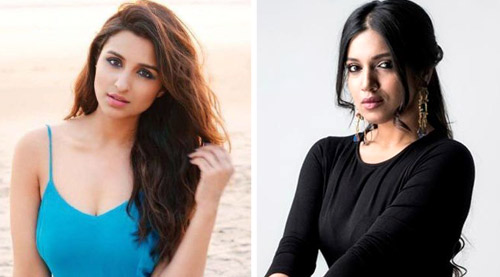 The drastic makeover of actresses Parineeti Chopra and Bhumi Pednekar left many in awe and now a company selling weight loss supplements have been making use of the actress’ recently acquired fit image to promote their products. Yash Raj Films who handles the work of the two actresses have now sent a legal notice to the company for the same.

Yash Raj Films has taken action against the company who has falsely attributed the weight loss of the two actresses to their products. In fact from what we hear, they have even falsely quoted Parineeti Chopra and Bhumi Pednekar claiming that the actresses saw immediate effects of the products and were satisfied with the way their products were working wonders.

On the other hand, Parineeti Chopra and Bhumi Pednekar during their previous interactions have never shied away from the kind of treatment they underwent for their weight loss. Parineeti opted for a detox treatment under Viva Mayr and Bhumi updated her fans about her diet and fitness regime on social media.

Last seen in a song in Dishoom, Parineeti is currently gearing up for YRF’s Meri Pyaari Bindu and Bhumi will next be seen in Aanand L. Rai’s Manmarziyan.