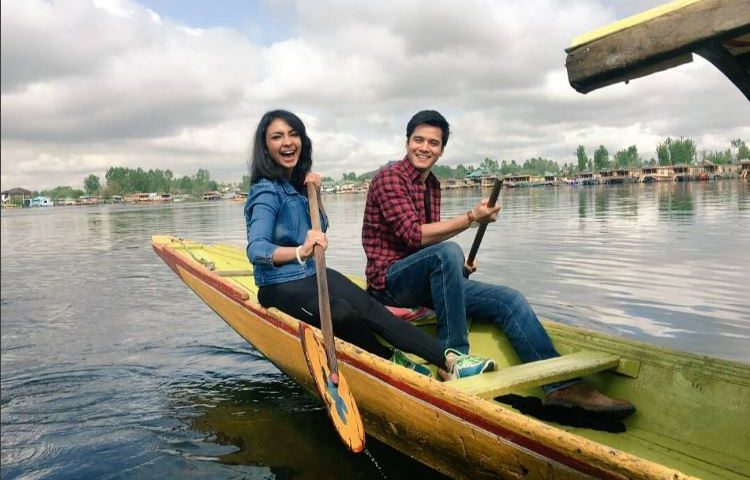 Actors Anshuman Malhotra and Pooja Bannerjee will soon be seen in Life OK’s next mythological thriller Nagarjun – Ek Yoddha. The show derives its inspiration from an unexplored concept in the Mahabharata. The story is that of Arjun, who is a very ordinary person and lives a very ordinary life. But what happens when he gets to know how he is connected to a mythological conspiracy, is the main plot of Nagarjun.

Tellybuzz got talking to the leads about their next.

On what made both the actors choose this show,

Pooja Bannerjee says, “It is very very different from all the shows that are going on, on television right now. In fact, I have done a mytho show before. But I again chose to do this instead of a typical show because this is very different and has all the flavours- it is a mythological show, it is also a today’s show, then there is action, drama, fantasy, romance. That is why I took up the show.

Anshuman Malhotra says, “All of us have a wish list of characters that we want to play. And I wanted to play a superhero. That is why I took up this show. I did not want to get into typical mythology or the typical general entertainment shows. But this is a perfect mix of today’s time and mythology. Also, I have a lot of scope to do a variety of things in this show. As of now, I play a regular guy leading a normal life, and then I discover that my character is somehow related to Mahabharat. Mai itne logon ki band bajane wala hun. I will be seen doing cool stunts and action sequences in the show.

On the research that they had to do for their show,

Firstly, I read all about Arjun because Anshuman’s story is kind of influenced by Arjun’s character in Mahabharat. So I first learnt about what actually Arjun was. If I did not do that, I would not be able to understand Anshuman’s character and converse with him. So that preparation was necessary. Then I learnt about what Nagarjun is. Then I learnt about the similarities. After I did that I realised that my character is very different from all these things. I am nowhere related to mytho or the Naags or whatever. Mine is a very different character and did not have to do much research about myself. I, as Pooja Bannerjee had to understand Noori and her back story and how would Noori react to situations.