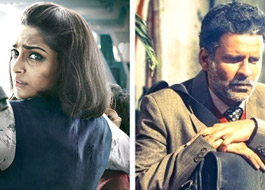 In the second week Ram Madhvani’s Neerja has seen an escalation in ticket sales of the kind rarely witnessed at the box office. According trade information, shows of the highly-acclaimed but poorly-received Aligarh and the political satire Tere Bin Laden Dead Or Alive had to be cancelled due to poor attendance. Additional shows of Neerja were scheduled in the place of the two poorly-received films.

A rare happening at the box office!

Says trade analyst Atul Mohan, “Yes , I heard shows of Aligarh and Tere Bin Laden were replaced by Neerja. Not only Mumbai but many other parts of the country. Everybody wants to milk a healthy cow. Neerja is going steady with good footfalls and both Aligarh and Laden failed to live up to audience expectations.”

Delighted Sonam Kapoor says, “My director Ram Madhvani tells me he is happy. At the end of the day a film actor needs approval from his director. As an actor I gave a hundred percent of myself to the role. I wish I could have done certain things better. But when I ask Ram he says there is nothing I could do better. For me that validation means a lot.”

Says the film’s co-producer Atul Kasbekar, “I am delighted that our film is getting a wider reach. I’m glad Neerja’s story will be remembered forever by India. It is difficult for a film to get both critical and box office success. We just wanted to make an honest film that we would be proud of. From a lot of public and social media posts the words ‘honest, conviction, real, heart wrenching’ seem to come up with amazing regularity. So I guess what we started out to do, struck a chord.”

Adds Shabana Azmi, “The response to Neerja has been overwhelming both critically and commercially. It has touched an emotional chord with audiences because it celebrates a value system that is noble and inspiring. I am highly gratified by its success.”