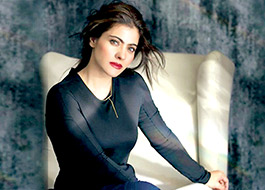 Earlier we had reported that Karan Johar was leaving no stone unturned to ensure the success of his next venture Ae Dil Hai Mushkil. In fact it was earlier reported that Karan had roped in Fawad Khan and Imran Abbas Naqvi, who would be seen making special appearances in the film. Now we hear that Karan has in fact also roped in Kajol to feature in his upcoming directorial.

Said to be a love saga that features Ranbir Kapoor, Anushka Sharma and Aishwarya Rai Bachchan in lead roles the filming had started a while back with principal photography being completed. However, there are a few crucial sequences that are yet to be shot and apparently Kajol will essay one such character in these scenes. Though Kajol’s character details are being kept under wraps she is also likely to feature in one of the songs.

As for the film, Ae Dil Hai Mushkil that is produced by Dharma Productions and has been shot in varied locations around Europe. The film is slated to release in October 2016.