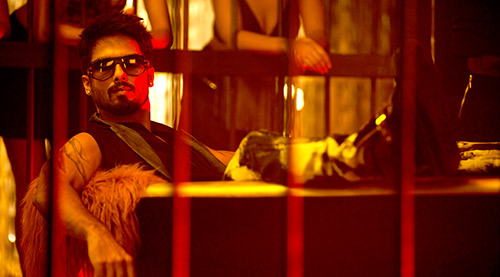 If you have been keeping tabs on the news, you’d probably know that Anurag Kashyap’s upcoming filmUdta Punjab has landed in deep controversy. Firstly, Punjab from the title of the film will mostly be replaced as ordered by the authorities of Punjab. Also, Censor Board of Film Certification (CBFC) has ordered over 90 cuts in the film including removal of all abusive content and use of the word Punjab. But, the government, as well as CBFC, thinks that this will show the state in the bad light and will turn out disastrous.

Amid all this controversy, social media went berserk over this and trolled anyone and everyone related to CBFC. Anurag Kashyap who is the co- producer of the film went on a rant on his Twitter on being censored again and again for showing true stories. Many celebs came out in the support of the film stating that censoring won’t solve any problems.

Some of the major support Udta Punjab has received is from Congress vice-president Rahul Gandhi. The politician tweeted the cuts ordered for the film including are irrelevant and how it won’t solve the existing problems in the state of Punjab. He said that instead of censoring it, we should rather work on finding a solution for it. “Punjab has a crippling drug problem. Censoring #UdtaPunjab will not fix it. The government must accept the reality and find solutions.”

We also reported earlier that the film release might get pushed to July 15 following the controversy around it. Udta Punjab is based on the drug menace in Punjab among the youth. The film also stars Alia Bhatt, Kareena Kapoor Khan, and Diljit Dosanjh and it is directed by Abhishek Chaubey.