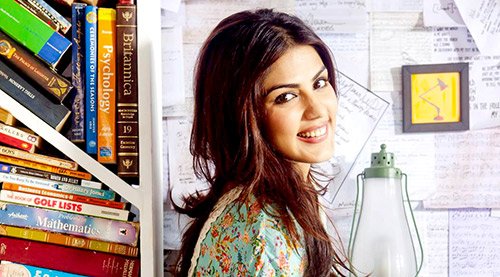 Last we had reported that Shraddha Kapoor had been roped in to feature as the lead actress in Mohit Suri’s film Half Girlfriend opposite Arjun Kapoor. Well now we hear that the actress from Mere Dad Ki Maruti and Sonali Cable, Rhea Chakraborty has also been roped in for the film.

The film Half Girlfriend is based on Chetan Bhagat’s coming-of-age novel that tells the love story of a Bihari boy and an upper society girl. Based on the backdrop of how English defines a class system, it also talks about Madhav who wants a relationship with the high society, urban and English speaking Riya, but the girl is not interested in commitment. Hence, she decides to be his half girlfriend.

Though the first schedule of the film has already been completed in New Delhi, Rhea is said to join the cast in the next schedule