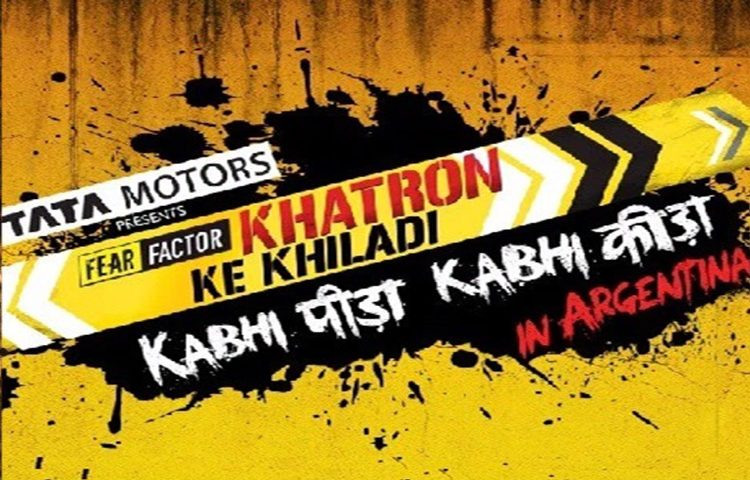 Its good, but please don’t turn it into a Bigg Boss affair! Rating ***

The seventh season of a stunt based reality show which was set to launch with drastic changes, finally aired its first two episodes last weekend.

Did the changes work out for the show? Was the show able to leave a mark? Let’s find out!

The Theme
Not many changes were implemented in the central theme of the show apart from one major tweak. For the first time ever, there are two teams competing against each other, instead of individuals.

The respective teams are led by actors Jay Bhanushali and Tanisha Mukherji. Arjun Kapoor, the host introduces the stunts to the contestants and rest of the premise stay as it is!

Arjun Kapoor was aware about the amount of scrutiny he was going to be under when he took over the mantle from the likes of Akshay Kumar and Rohit Shetty as the host.

When the initial promos were telecasted, many found his antiques over-the-top and unsuitable for the show’s nature. But defying all odds, Arjun clicks well as the host. He makes it a point consciously to not and try to adapt any attribute or mannerism from his predecessors.

The best part of the show was when Arjun himself performed the stunt. We know it wasn’t a supremely daredevil or an impossible-to-do stunt. But the position of a host in this show has always been that of a senior or someone to be scared of.

Arjun breaks that ice and convincingly scores by joking with the contestants, doing the stunts himself and making sure he isn’t that person that the contestants are scared of.
Rating- ***1/2 (3.5/5)

The stunts so far have been mediocre, but its only the beginning and we know its going to get better with time. (as we saw in the upcoming episode clip.)
Rating- **1/2 (2.5/5)

In the whole list of contestants, actor and dancer Raghav Juyal (Dance India Dance fame) becomes one of the prime reasons to watch the show. His comic ability is impeccable and his one-liners and wit will soon become the ones to remember. He deserves a special mention from the whole lot.

Considering it was the inaugural episode and it was Arjun’s debut on television, a special video was made which involved the biggest of Bollywood superstars that included Anil Kapoor, Ranveer Singh, Katrina Kaif, Kareena Kapoor, Varun Dhawan, Parineeti Chopra and Aditya Roy Kapoor.
It was a humorous sketch video where these megastars commented on Arjun’s ‘hosting skills’ (extremely negative) before the show began and praising him (extremely positive) after the episode.
This new touch was a show-stealing moment by all means and instead of being diplomatic, modest or politically correct, they added this funny element.
Rating- ***** (5/5)

The Host as a Motivator

Arjun excels in almost every department as a host, except one where he lacks the ability to motivate the contestants to push their limits. The show’s concept represents conquering fears and pushing limits.
For instance, when Mahhi Vij was performing a task and was struggling, Arjun asked her if she wants to quit, too soon. The nature of the task did not represent any suffering or life-threatening deed where only a bit more push could have worked wonders.

Yes, its important to understand a contestant’s ability and accept that, but in a show like this, it shouldn’t be done too conveniently.

Okay! FYI (to the contestants) this is not Bigg Boss and please don’t try to make it that! There were instances where the team format sparked small differences and arguments between the contestants.
Tanisha as a team captain is extremely cunning and visibly jealous of the opposite team’s success. And to top this, the clip which shows a preview of next week’s episode showcased a brewing fight between the two teams related to a task.
Vivan Bhatena and Jay Bhanushali were seen having major arguments which led Arjun to intervene and get them quiet.
The last thing needed in this show is this unwanted quarrels leading to nothing but distress for a viewer.
Rating- — (0/5)

The Verdict
The show is a promising one, where many shows falter in trying to match up to the legacy of its previous seasons. This season certainly has the potential to become a successful one. There is a splash of energy, young spirit and youth connect, which makes the episodes entertaining.

Arjun clicks as the host with his comic timing. His bold and unabashed nature perfectly compliments the contestants and other essential factors.

Some contestants seem extremely dull, while a few seem to a lot of fun. But in terms of daredevilry and dedication towards performing the stunts, Sana Saeed and Vivan Bhatena seem frontrunners. (however, we know its early days)
The stunts will be getting better and as the history suggests especially the creepy and animal-related stunts will stand out from the others like always.

The show is ‘Khatron Ke Khiladi’ and should stay that! The fans of Bigg Boss have seen enough of their ‘favourite’ show till January end. They are certainly not missing it and won’t be missing it any soon!!