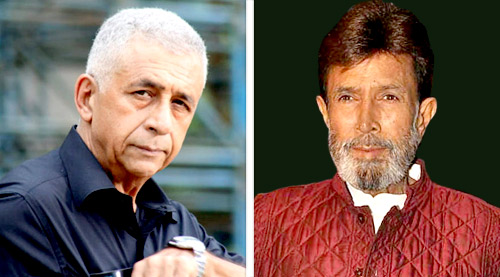 Needless to say, Naseeruddin’s opinion on the (late) Rajesh Khanna did not go well with many in Bollywood. One such person was the (late) Rajesh Khanna’s daughter Twinkle Khanna, who is best known for her ‘in your face’ nature. Wasting no time, Twinkle Khanna, took to Twitter and tweeted, “Sir if u can’t respect the living, respect the dead-mediocrity is attacking a man who can’t respond @NaseerudinShah”. Celebrated filmmaker Karan Johar supported Twinkle Khanna by stating “I agree with you @mrsfunnybones…due respect to seniority but this was in exceptionally bad taste and not becoming of a fraternity member..”

The latest update on the same is that, a leading magazine has tweeted stating that Naseeruddin Shah said that he apologises to those who were personally offended and that his intention was not to attack Rajesh Khanna.

Not the one to take things lying down, Twinkle Khanna, again took to Twitter and tweeted “All due regard to Mr Shah’s reality, mine=a man who loved cinema& did films like Anand, Amar Prem, Kati Patang thank u folks for all the love.”