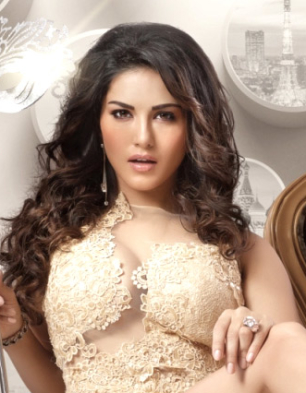 Bollywood has seen and witnessed many films pertaining to love, cheating (read ‘betrayal’), two-timing, deceit etc… This week’s release is BEIIMAAN LOVE, which also treads on the similar lines. Will BEIIMAAN LOVE prove to be truthful at the Box-Office or will it deceive its makers, let’s analyze.

BEIIMAAN LOVE is a story of two lovers, both having hidden agendas against each other. The film’s flashback states that, after Sunaina Verma (Sunny Leone) gets insulted and blamed by her boss K.K Malhotra (Rajiv Verma), she plans to take revenge against him and his empire. She, then, with the help of Monish (Yuvraj Singh) sets on the financial demolition spree of ‘K.K Industries’, which is owned by K.K Malhotra. On the other hand, K.K Malhotra’s son Raj Malhotra (Rajniesh Duggal) lays a bet with Monish for a (mere) one rupee that he will have Sunaina as his girlfriend, after Sunaina slaps him publicly. In order to win the bet, Raj pretends to ‘falls in love’ with her and makes her fall for him. But, gradually, he starts developing real feelings for Sunaina, who, simultaneously goes all out to finish of ‘K.K Industries’. On the day of the engagement of Raj and Sunaina, K.K Malhotra discovers a harsh reality about Sunaina’s mother’s past, which leads to the engagement getting called off. This hurts Sunaina’s mother so much that she commits suicide. Meanwhile, K.K Malhotra’s ‘richy-rich’ best friend Amarnath Kapoor (Avtar Gill) ‘strikes a deal’ with him stating that, in exchange of Raj marrying his (untamed and wild) daughter, he will make ‘K.K Industries’ totally debt free and back the business. Immediately after Raj’s engagement with Amarnath Kapoor’s daughter, Raj sees something very unsavoury about his would-be wife. Shattered to the core, he hits the bottle and ‘goes back’ to Sunaina. Who does Raj marry in the end, what was it about his would-be wife that shatters Raj and does Sunaina forgive Raj… is what forms the rest of the film.

The promo of BEIIMAAN LOVE was in itself a big giveaway about the film’s plot and premise. The film, in totality, turns out to be an extended and an elaborated version of the promo, with no novelty factor attached to it. The film’s screenplay (Rajeev Chaudhari) offers absolutely nothing new that Bollywood has not seen. It is very poorly written and every scene seems disjointed from the earlier one. The film’s story is extremely similar to HATE STORY in many ways and features all possible clichés from the 90’s. The film’s dialogues (Vibhanshu Vaibhav, Rajeev Chaudhari) are terrible.

After having dabbled in film journalism and PR, Rajeev Chaudhary made his debut as a director with the non-starter titled GUNAAH. Even though BEIIMAAN LOVE happens to be his second film, it looks like an extremely amateur attempt at filmmaking, with no technical finesse or expertise to boast of. Rajeev Chaudhary fails miserably in extracting the required performance (read ‘emotions’) from his lead cast, which adds to the film’s sorrows and miseries. While the film’s first half is all about establishing its characters, its second half starts beating around the bush without any reason. The film’s second half drags endlessly, thus, testing the patience of the viewers to the fullest. Rajeev Chaudhary seems to have no clue as to what exactly he wanted to make out of BEIIMAAN LOVE. If the terrible screenplay wasn’t tortuous enough, even the actors in the film look totally confused and awkward when performing the badly-etched scenes. There are several moments in the film that evoke unintentional laughter. One simply starts wondering in disbelief while looking at the proceedings in the film. Don’t miss the scene between Avatar Gill and the actress who plays his daughter. It’s hilarious to the core, totally unintented of course.

As for the performances, despite the presence of Sunny Leone (who has been struggling at the box office of late), the film looks devoid of any ‘sunny’ performance from her or anyone for that matter. Blame it on the terrible script or the poor direction, Sunny Leone looks thoroughly confused and lost throughout the film. Also, with almost no sex factor (something that Sunny Leone became famous for), there’s nothing for her fans to look forward to. On the other hand, with an extremely forgettable Box-Office dud LAAL RANG as his last release, the going seems to be getting from bad to worse for Rajneesh Duggal with BEIIMAAN LOVE. While Rajneesh Duggal’s struggle to find his place under the sun in with BEIIMAAN LOVE is pretty evident, the script plays the villain by not allowing him to do anything out of the box. Other senior cast members come across caricaturish in nature, while some side actors in the film are just terrible and beyond your patience.

Despite the presence of multiple music directors (Ankit Tiwari, Kanika Kapoor, Raghav Sachar, Sanjeev Darshan, Asad Khan, Asees), the film fails to churn out even a single chartbuster track (the end credit song notwithstanding). The film’s background score (Aniruddha Kale) is terrible and confuses the scenes.

While the film’s cinematography is tacky, the editing (Sadique Singh) is terrible.

On the whole, BEIIMAAN LOVE is a bad film that comes across as a spoof video rather than a serious feature film. The film is a disaster from the word go and will struggle at the box-office due to its bad content and no hype.