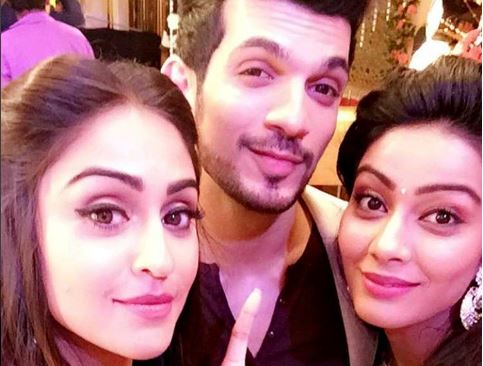 So is the actor having the third show in his kitty?!

Well, sadly it’s not happening for Arjun Bijlani as after having a glimpse of Arjun and Krystle’a picture together on the sets of Brahmarakshas, we immediately contacted the lead face of the show Krystle Dsouza out of curiosity. However, on elucidating the same, she said, “He was shooting for some other show in the same vicinity as me, it was indeed a pleasant surprise to have him visit! It’s always nice to see a friend visit you.”

When asked the actress how they spent time together, she added, “Arjun had come only for 5-10 mins as his shoot for another show was on, so he needed to rush back soon.”