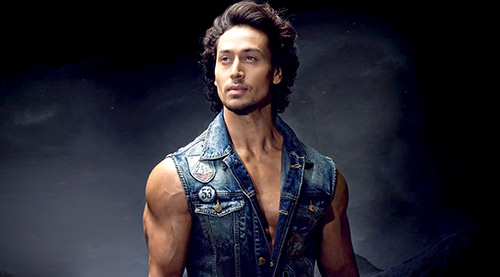 Tiger Shroff’s super-ouch moment is on him now. The young dance-action actor has been pushing the envelope with the stunts of Sabir Khan’s Baaghi. While doing so he has injured his back.

A bit early in his career to get a back injury, albeit a minor one. Reminds me of what Akshay Kumar says about screen stunts, “Never at the cost of one’s health or well-being.” Still in pain Tiger groans, “I wish Akshay Sir had warned me before I went through the current schedule of Baaghi. I had to perform heavy duty action scenes. I had to push myself beyond my own frontiers of endurance.”

Not that Tiger would heed Akshay’s advice and stay away from on-screen stunts.

Confesses the young actor, “Akshay Sir is a major source of inspiration. But I’ve to keep pushing myself further with each film. The audience has to feel its watching new action every time. I can’t allow them to go home disappointed.”

Tiger tries to play down his injury. “I have injured my disc slightly. But I am on the road to recovery. It was 40 days of non-stop action for Baaghi with some of the most intense stunts I’ve ever done. It took a toll on my body. But it was worth it. The audience won’t just go home with a few moments of never-attempted stunts. There is a lot more this time.”