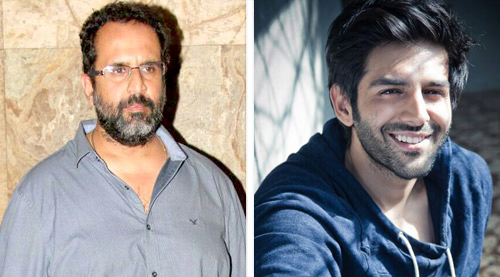 Earlier we had reported that Anand L. Rai is all set to cast Imran Khan and Shruti Haasan in his upcoming production, a remake of the hit Tamil romantic comedy Kalayana Samayal Saadam. The casting however seems to have undergone a change, as the director-producer Anand L. Rai has decided to rope in Pyaar Ka Punchnama fame Kartik Aaryan for the film.

A source confirmed the news saying, “Rai thoroughly enjoyed Pyaar Ka Punchnama and felt that not only was Kartik very likable onscreen but also talented. He was looking to cast fresh faces for this film and felt Kartik suited the role to the T”. Produced under the Rai’s banner Colour Yellow Pictures, the remake will be directed by Tamil filmmaker R S Prasanna who has also directed the Tamil version. While the original version starred Prasanna and Lekha Washington in lead roles, the leading lady for the Hindi version is yet to be finalized.

Kalayana Samayal Saadam is a story about two IT professionals, who get engaged in an arrange marriage setting but the preparations of their wedding doesn’t go as planned leading to hilarious consequences.