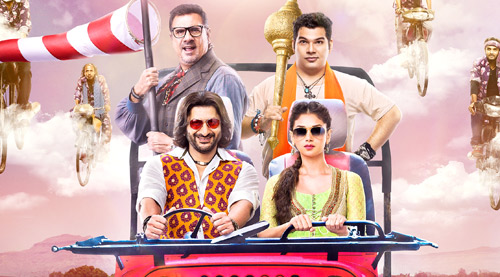 Earlier we had reported about the uproar caused by the Valmiki community after Arshad Warsi uses Valmiki’s name in one of the dialogues in the film The Legend of Michael Mishra. Now we hear that the film has also been banned in the Indian state of Haryana.

The state of Punjab had already announced a ban on the film The Legend of Michael Mishra on Thursday after the Valmiki community raised objection over a few dialogues uttered by the protagonist of the film Arshad Warsi. An official from Haryana Government revealed that the dialogue had caused an outrage and this action was necessary in order to avoid communal conflict. Considering the sensitive situation, the Government decided to ban the screening of the film in cinema halls and multiplexes in Haryana.