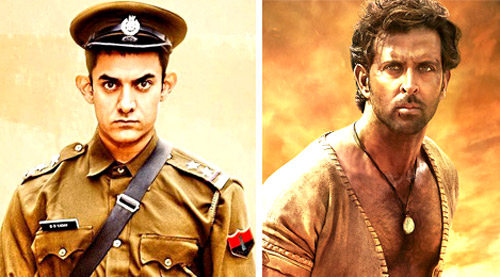 While earlier there have been speculations about the CEO of the Disney India, Siddharth Roy Kapur’s resignation, yet another news that has spread like wild fire is about the closure of the Bollywood wing of this reputed production house. With films like PK and ABCD 2 to its credit, Disney India we hear is all set to shut down the Hindi production wing of the company.

Though there has been no official statement from the production house, it is being said that the company has been contemplating about taking this decision for a while. Despite its repertoire showcasing a series of blockbusters, UTV Disney has been giving a series of misses that include films like Tamasha, Fitoor and the recently released Mohenjo Daro. In fact, the Ashutosh Gowariker directorial which was made on a lavish budget couldn’t withstand the competition at the box office and it is being said that it has succumbed to severe losses. On the other hand, we hear that the production house will not be taking up Bollywood projects besides the ones which are already under its wings. The last few forthcoming Bollywood releases from the production house include the much awaited Aamir Khan starrer Dangal as well as the much delayed Ranbir Kapoor – Katrina Kaif starrer Jagga Jasoos.

However, it has been learnt that considering the past few successes of Hollywood releases from the Disney franchise in India that include fantasy adventure The Jungle Book and the superhero saga Captain America: Civil War, the company has plans to retain its Hollywood wing in the country and continue to present the same.