Pictures of Divyanka and Vivek at their Nuptials! 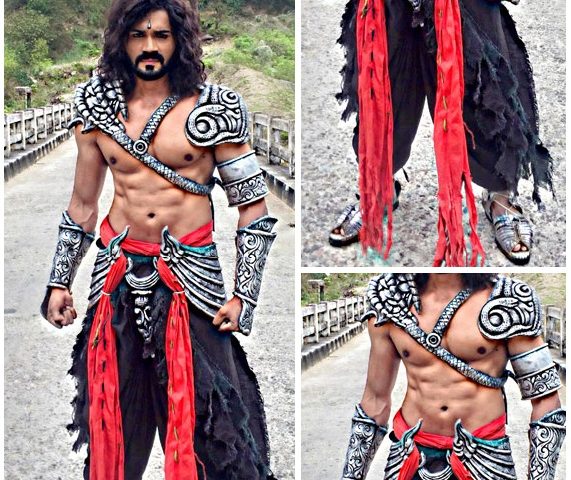 Nagarjun Ek Yoddha takes us on an amazing journey full of spectacular visuals and characters. Well there are quite a few interesting costumes in the show but there are two that really caught our eyes.

The first one is Astika’s (Nikitin Dheer) costume. 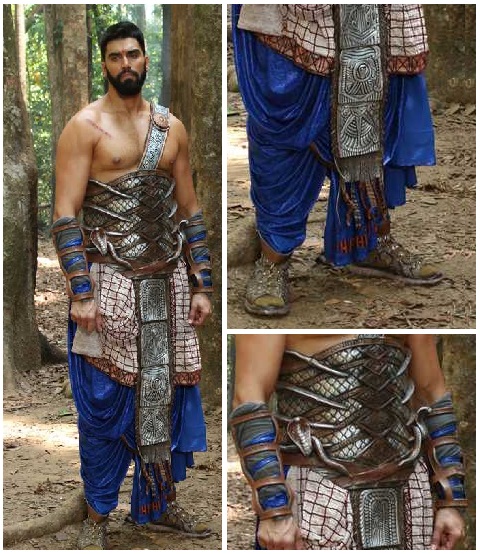 Talking about the overall look and feel, the costume has been crafted really well. The blue and off white cloth has been paired with bronze and brown armour with silver plates that look swell. The patterns in the armour have been engraved in a snakeskin pattern, leather has been used where needed. The blue and brown Vambraces (hand guards) balance the colour of the costume.

Talking about the practicality of the armour, it serves its purpose. In battle, it will protect the wearer’s vital organs. But the armour leaves the wearer’s upper torso exposed. Arms, chest and upper back are left unprotected. A warrior who knows he can protect his arms would opt for this particular armour.

What highlights the armour are the snake ornaments on the belt which bring out the characteristics of Astika the snake king. Overall, a great job!

The second one is Shankachurna’s (Mrunal Jain) costume. 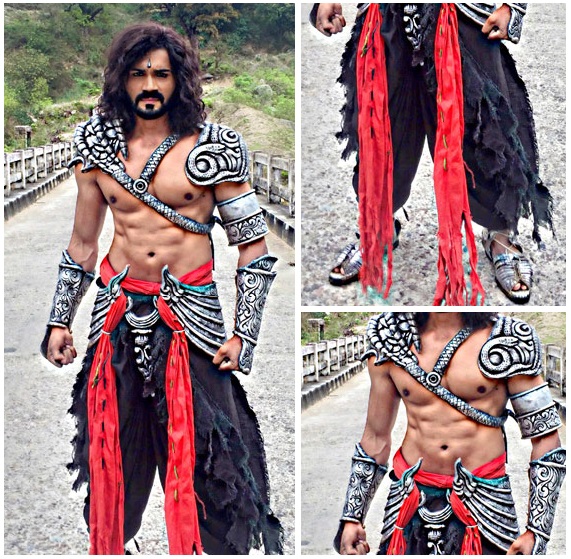 Being the Antagonist, Mrunal Jain’s costume looks bad to the bone! The Black flame like dhoti is complemented by Red highlights and silver armour. The patterns engraved in the armour are very intricate. The entire costume and Mrunal Jain’s physique blend together like magic!

Talking about the practically, it isn’t safe to wear at all! It leaves almost the entire torso unguarded and one hit would be brutal! The shoulders and arms are well protected and won’t take much damage. The waist is also guarded by articulating plates. The red highlights and silver guards are visually appealing.

Looks cool to flaunt, but definitely not something you would wanna wear in a battlefield!

Whose costume do you like better? Let us know through your comments!