What is common between Zee Tv’s ‘Brahmarakshas’ and ‘Zindagi Ki Mahek’..? Find out.. 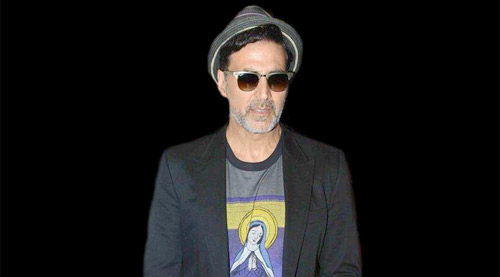 There are a couple of rumors surrounding Akshay Kumar going around the town. One, that he would also be making an appearance in Naam Shabana, prequel to Baby. Two, he is playing five characters in director Omung Kumar’s next, Five.

Both rumors are, well, just rumors.

“Let’s talk about Naam Shabana first,” informs our source, “Akshay is definitely not playing a lead in the film. As a matter of fact, he won’t be seen in a special appearance either. His hands are tied by around 4-5 films already where he is in the lead role. Moreover, the film doesn’t require his presence. Yes, he is producing the film but that’s about it.”

Considering the fact that a large audience base may expect him to make some kind of token on-screen contribution to Naam Shabana, he may just about step in for a cameo in this film which is being directed by Shivam Nair.

“That’s about it though, nothing more, and even that hasn’t been pencilled in so far,” the source continues, “The film is about the character played by Tapsee Pannu and revolves around her.”

Another rumor making the rounds is a film called Five, for which the release date too has been announced for 26th January 2018.

“Yes, the date is certainly one of the hot favorites for Akshay, considering he has brought his Baby (2015) and Rustom (2016) around the Republic Day. However, he is not doing the film,” comes a shocking revelation. “There is no idea where this rumor started from.”

As per reports, Five is a psychological thriller and Akshay Kumar will play five distinct characters.

“Yeah, interesting idea indeed,” our insider adds, “However, so far nothing has been materialized. These are just pre-mature reports. Currently, Akshay has Jolly LLB 2.0, Robot 2.0, Toilet – Ek Prem Katha and Crack in different stages of production. His other films would be announced officially when the time is ripe.”