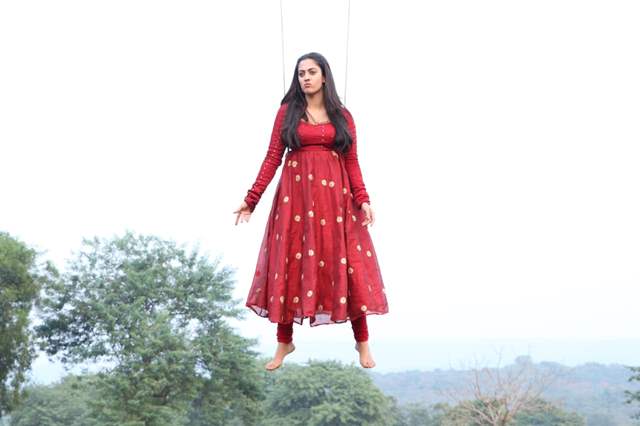 Star Plus’ magical show Yehh Jadu Hai Jinn Ka became the talk of town right from the day the makers released the very first promo of the show. Launching the show at The Pataudi Palace was like the cherry on the cake.

Yehh Jadu Hai Jinn Ka is like a breath of fresh air amongst the saas-bahu drama and supernatural shows which is why it has been receiving a lot of love from the audience. The actors too are leaving no stone unturned and shooting day and night to bring us the best they can.

While shooting for a recent action sequence, Aditi had to jump from ground level to a 10 feet deep ditch. Talking about this thrilling experience, Aditi said, “I do not have fear of heights or dark but shooting for this sequence was extremely exhilarating. I am really enjoying doing these stunts and the team has been very supportive. I was shooting for a recent action sequence barefoot and it was very difficult as we were shooting in a forest. No matter how much we cleaned the area, it was never entirely wiped out. Stones and thorns hurt my feet but giving up was never an option.”

She adds, “But there is one thing I want to tell everyone that these stunts are been done under utmost supervision, proper guidance and kids should not try this at home. Ayansh (who plays Vikram Singh Chauhan’s nephew on the show) from our show, gets really excited and wants to try the stunts himself but we tell him it’s not for kids and he should not try this.”