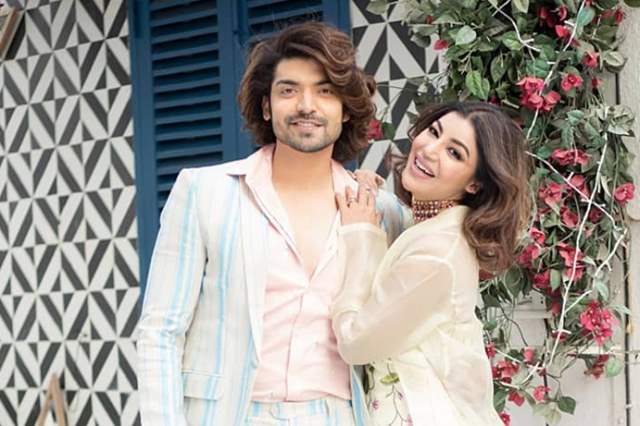 After the success of Cakewalk and Season’s Greetings, the author turned filmmaker Ram Kamal Mukherjee will be seen directing his fourth Hindi venture Shubho Bijoya. This film also marks the return of popular onscreen couple Gurmeet Choudhury and Debina Bonnerjee after eleven years since their popular epic show Ramayan, which was aired in 2008.

“We have been planning to work together since we met in London during my promotion of Cakewalk, while Gurmeet was there to promote Paltan,” recollects director Ram Kamal Mukherjee. The story revolves around a fashion photographer Shubho who turns blind, while his supermodel wife Bijoya is diagnosed with cancer. The film is an emotional tale of two couples and their journey. “I totally jumped at the idea, when Ram Kamal narrated me the story. I have seen Cakewalk and felt that he handled the emotion very well,” says Gurmeet who will be seen in a short feature with his wife for the first time.

“We have been getting offers since Ramayan days, we have said no to films, web series and short films. We wanted to do a film that would excite us as an actor,” says Debina Bonnerjee who is currently playing the lead in Colors’ Vish. She will be working on her look in the film as there will be a drastic change in her physical appearance from being a supermodel to a cancer patient.

Produced by Aritra Das, Bilquis Kapadia and Gaurav Daga the film will be shot in Mumbai before Christmas. “This story is inspired by O Henry’s The Gift of Magi, which has been my favorite short story since my school days. But we have incorporated a real-life incident which brings in a completely different aspect to the story,” says Ram Kamal.

Debina and Gurmeet will be seen playing a Bengali couple for the first “I somehow feel connected to Kolkata, the people and food make the city so vibrant. I also feel that Kolkata is the city of literature. In fact, I missed our Bengali style wedding, hopefully in the film, Ram Kamal will create some Bengali magic,” laughs Gurmeet.

Before the shoot, Gurmeet and Debina will be attending workshops with physically challenged patients and cancer patients to bring authenticity in the character. “As an actor, we need to behave like a responsible citizen and make sure that we don’t hurt anyone with our portrayal,” reasons Debina.

Produced under the banner of Assorted Motion Pictures and GeeDee Productions, the first look of the film will be unveiled on Mahalaya, 28th September, which marks the end of Pitra Paksha and beginning of Navratri. “It’s a very auspicious day for all of us, especially Bengalis, we couldn’t have asked for a better day,” says Debina.

Producer Aritra Das from Assorted Motion Pictures says, “I always wanted to make an out and out romantic film. I have grown up watching films of Shah Rukh Khan and Aamir Khan. They have created magic on screen as a romantic hero. These days we are more into style and very less into emotion. Ram Kamal da being a sensitive director likes to explore relationships. This film will be completely different from what we have been making in the recent past.” On the other hand, Gaurav Daga from GeeDee Productions feels that “Gurmeet and Debina are loved by a lot of people. It will be a visual delight to see them as a romantic couple on screen after Ramayan. Barring few reality shows they have not shared screen space, and moreover, they have not worked in a film together.”