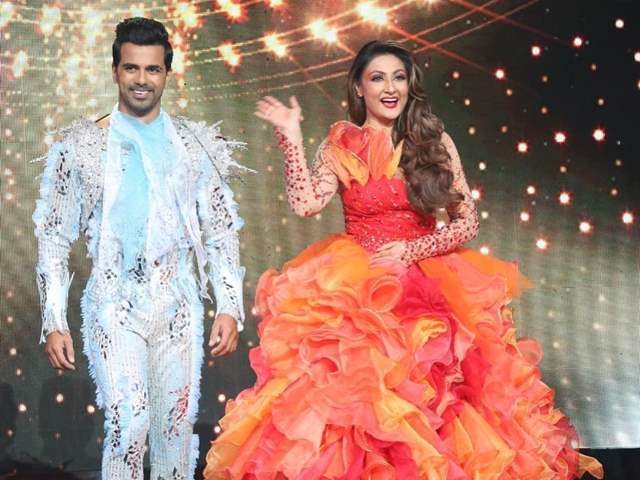 Nach Baliye 9 has witnessed great performances from both ex and the current contestants on the show. Urvashi Dholakia and Anuj Sachdeva bade the show adieu in the coming week after consistently being in the bottom two.

This week, it was the two ex couple, Urvashi- Anuj and Madhurima- Vishal who faced each other in the bottom two. Urvashi’s and Anuj’s passionate performance however set the stage on fire and the couple received a standing ovation from the judges as well as the contestants.

Their performance which was based on the theme of fantasy received a massive compliment and appreciation from competitor, Vishal who came on the stage to praise the couple for their act. Vishal also revealed that Anuj and Urvashi deserve to stay in the competition even before the results were announced.

Urvashi Dholakia and Anuj Sachdeva were the fourth couple to get evicted from the show post Keith- Rochelle, Vindu Dara Singh- Dina and Vivek-Babita.