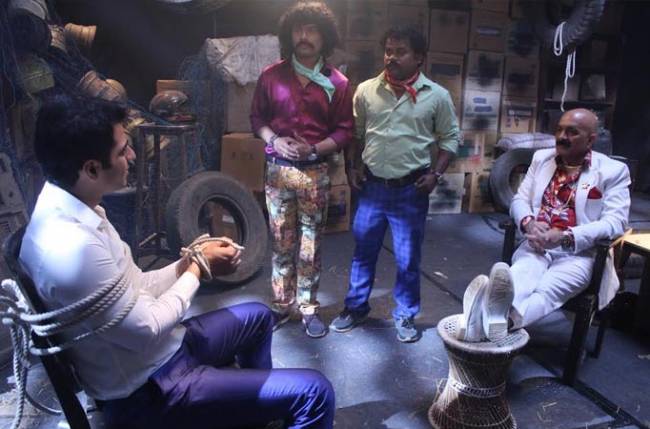 Viewers of Sony SAB’s Tera Kya Hoga Alia should brace themselves for a fun-filled ride as Harshad Arora who plays the role of innocent Alok will soon be seen playing a double role as a notorious goon, Balwinder aka Balli. The viewers are set to witness comedy of terrors packed with action and drama as Balli, Alok’s look-a-like, takes over Alok’s life in Agra to fulfill an evil mission.

Alia’s school is still celebrating Alia’s glorious victory at Mrs. Agra 2020 but the happiness will soon fade away as danger looms on Gyansarovar School where a devious builder, Mr. Khurana plans to demolish the school for his benefit. To accomplish his mission, Mr. Khurana hires Balli to take Alok’s place in Gyansarovar and brainwash every teacher of the school to favour the demolition.

While Balli transforms into Alok, Mr. Khurana gets Alok kidnapped to make sure his scheme to plant Balli as Alok goes as planned. On the other hand, Balli, a brash womanizer and a thief, takes over Alok’s life. Both Alia and Tara are surprised to witness Alok flirting with other women and speak differently.

Will Balli be successful in getting the school demolished? Will Alia or Tara understand that Alok is missing?

Harshad Arora, essaying the role of Alok and Balli said, “The upcoming episodes bring an exciting turn in the show as I will be playing a double role and the look and personality of Balli is completely different than Alok. The change has been exciting as I’m portraying a character who has a very brash and loud personality. I am even sporting a thick moustache for the character, who is notorious and a complete womanizer. It has been fun shooting in this new look and the episodes further will be equally funny and exciting for our viewers.”