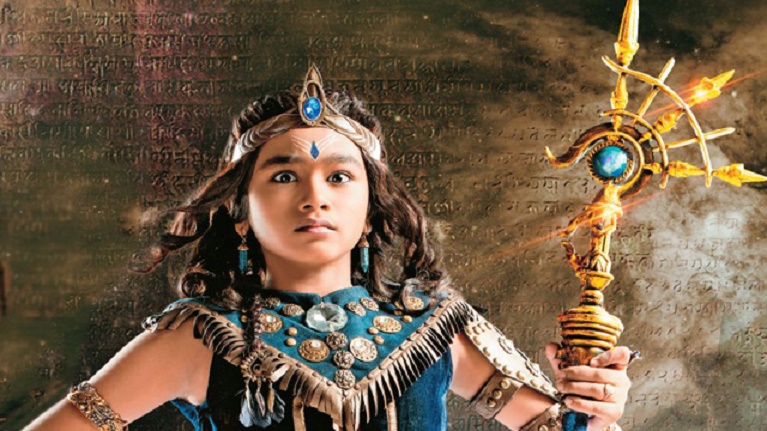 Featuring: Kartikey Malviya, Salil Ankola, Juhi Parmar
We have seen Producers remaking the narration of mythological events in the most contemporary manner. Siddharth Kumar Tewary introduced Mahabharat on Star Plus some time back, which was a huge hit among the mythology lovers.

And now Swastik Pictures placed their bid on Karmphal Data Shani, a dream project by Colors! Ever since the channel started airing its promos, we were excited to watch a story which has never been brought up by anyone so far.

We all fear Shani. But who was Shani? What were his values? Why did he punish people? These were the initial questions that cropped up and we anxiously waited for the show to go on air!

Telecast on November 7, Shani looks like a captivating narrative that will transport the viewers to an era where the volatile relationship between the Devtas and Asuras led to the Devasur Sangram’ – the ultimate battle for dominance.

As the war between the Devtas and Asuras turns fiercer, Lord Shiva intervenes to announce that the Trinity is making way for a new energy that will maintain the balance between good and evil. And thus, Shani is born. The show will trace Shani’s life as he faces injustice at the hands of his father, Surya Dev, upon birth, and leads up to him becoming the penultimate messiah of justice maintaining a delicate balance between the Devta and Asura worlds. Karmphal Data Shani will touch upon the sense of superiority and dominance that dictates our karma.

The show started by introducing Sangya (Juhi Parmar) expressing her grief to her husband Surya Dev (Salil Ankola) of how it is impossible for her to touch him due to the extreme heat he radiates. With problems in her relationship, her father offers her a solution to meditate. Juhi plays a double role of Sangya – herself and Chhaya – her Shadow. While Sangya meditates, Chhaya promises Sangya that she will not get intimate with her husband Surya Dev but unfortunately, she is called in the chambers and soon after Shani is born!

When Sangya tells Surya Dev that Shani is his son, the latter rejects him due to him being dark skinned and grossly weak unlike Surya who is self- radiant and strong. Banished from Suryalok to be raised by Chhaya in a forest, Shani begins his journey on the path of karma.

As he grows older, he will unflinchingly continue to deliver justice in the toughest situations, giving preference only to the supreme truth!

VFX and Cinematography and Costumes:

The show brings in a new perspective where it illustrates the saga of the most powerful and misunderstood deity. The show promises to be a visual treat for the viewers akin to a silver screen experience in terms of VFX and production value. However, compared to other mythological shows we have seen in the past, Shani fails to impress us. The sets look opulent but the real-feel is missing.

The forest scenes looked staged and are not convincing enough to be real. The portrayal of the animated Kaakol though is better than the animations we have seen so far.

With its core in Indian celestial mythology, the show’s set and costume design maintains a strong element of authenticity and connects with the Vedas in its visual appeal. The costumes are intricately designed and jewelry is rooted in Indian mythology with gemstones and monochromatic outfits which aid personification of the characters with elan.

The show is visually appealing which makes us want to watch more of the enigmatic scenes. There have been lots of mytho shows where the projection of Bhrama, Vishnu, and Mahesh has been impressive but the particular episode of the deities naming Shani was one of a kind!

The show has an intriguing storyline and is creatively pieced together. Born to Surya Dev and blessed by the Trinity of Lords Brahma, Vishnu, and Shiva, his brand of justice remains unchallenged till date.

The narrative is about one of the most misconstrued Lords from the Hindu scriptures who was born to balance your karmas so that you counted your blessings and became grateful to the universe for your existence.This subject has never been picked in the history of television making it a must watch!

The content of the show is too heavy for people who want to watch the show after a long day’s work!

The characters are shown to be over-dramatic but manage to keep us hooked to the edgy drama.

Shani is overall a good watch for all the mythological fans who have been waiting to seek answers of unknown facts. Though the visual effects are not bang on, it is better than what we have seen so far in shows enforcing superstitions and the show does manage to keep us amazed with the story.