“I am putting all my efforts to do justice to my character.” – Amit Khanna 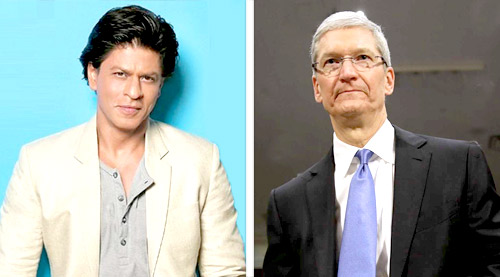 In fact, Khan who had recently jetted off to Singapore to shoot for a song sequence in Gauri Shinde’s next, wrapped up his segment of the shoot. Posting about the same SRK took to twitter saying, “Wrapped up a film early morning today. Lost at Eden tonight. I think it’s time to bring on tomorrow….need some untouched new hours…”

Back on the welcoming front, Shah Rukh Khan who is back in the city will be hosting a special dinner bash tomorrow night at his residence Mannat for the Apple head honcho. Apart from Cook, the bash will also see the likes of SRK’s close friends from the industry in attendance.