Zubaan is besieged by Jai Gangaajal 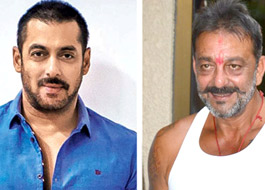 It seems there is some conflict of interest between the newly-freed Sanjay Dutt and his erstwhile biggest fan Salman Khan.

When Sanjay Dutt was to be released from prison, there was talk everywhere of Salman being the happiest for ‘Baba’. Salman Khan even planned a big welcome-home bash for his favourite Baba at his farm in Panvel.

But let alone throw a party for Dutt, Salman has not even visited Dutt at his residence in Pali Hilll where the entire industry who’s who has been seen.

Sanjay Dutt has even been joking with his friends, ‘I keep hearing about this party that Salman is throwing for me. But forget the party, I haven’t seen Salman yet.’

The official version for Salman’s no-show is his choc-a-bloc schedule for his underproduction film Sultan. But this excuse doesn’t jell.

Says a close buddy of Dutt, “Salman Khan knew how busy he would be when Baba came out. It wasn’t as if it happened suddenly. I think Salman has been advised by his team to stay away.”