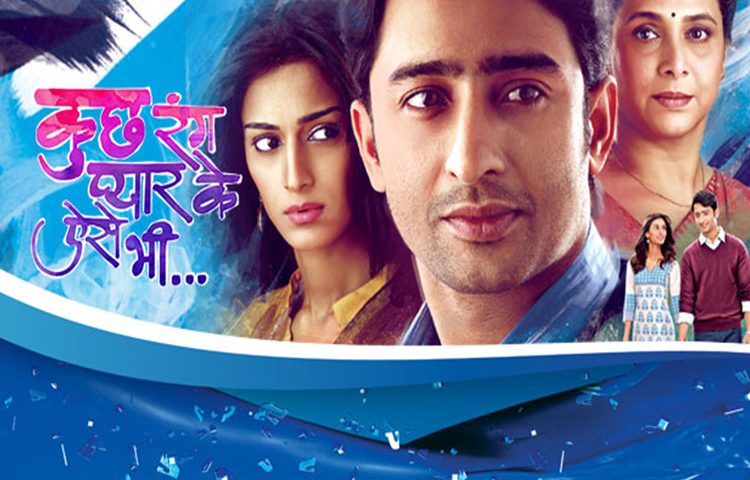 The main attraction of ‘Kuch Rang Pyaar Ke…’ is undoubtedly Shaheer Sheikh. His controlled portrayal of ‘Dev’ gets the highest scores.

Monday to Friday at 9.30pm only on Sony Entertainment

Produced by: Beyond Dreams Productions

Story so far: Ishwari Dixit (Supriya Pilgaonkar), had gone through many hurdles to give her children Dev (Shaheer Sheikh), Neha (Chestha Bhagat), Riya (Ankita Bahuguna) and Nikki (Aashika Bhatia) a decent upbringing. She has single-handedly raised them but loves elder son Dev more than anything. He is the centre of her world. Dev is aware of his mother’s sacrifices and owes his success and fame to his mother and is completely devoted to her. Though the family has come out of hard days, Neha resents Ishwari for being partial towards Dev. Neha feels that she was deprived of all the opportunities since Ishwari’s focus was on elder son Dev. Ishwari and Dev try their level best to convince Neha but she continues to hate her mother and brother. Neha is so bitter that she even forces her fiancÃ© Sameer to agree to her ‘no children’ condition. When Sameer decides to break the engagement, Dev offers 30% of his company’s share to pacify him. Amidst all this, Dev bumps into Sonakshi Basu (Erica Fernandes), a nutritionist working in a leading hospital. Modern in thinking, Mr. Basu firmly believes in letting Sonakshi have her own will regarding her career as well as marriage which irks Mrs. Basu. Intelligent, vibrant and careerist, Sonakshi wants to create her own identity before settling down. During Neha’s Roka ceremony, due to twist of fate, Ishwari has to choose between Neha’s happiness and Dev’s future. With great regret Ishwari chooses the latter which hurts Neha. Upset with Ishwari, Neha blames her to be a ‘true mother’ to only Dev and not her three daughters. Hearing these hateful words, Ishwari collapses.

What works: From the first scene, what grab our attention are the dialogues. Whether it’s an emotional scene between Ishwari and Dev or altercation between upset Neha and Dev. Beautifully written dialogues make each scene more interesting. It’s a visual treat to watch suave Shaheer Sheikh as ‘Dev’. He portrays a perfect son andÂ¬ brother as ‘Dev’. Hindi television has found an ideal mother in Supriya Pilgaonkar as ‘Ishwari Dixit’. Here is one mother who demands son’s attention, respect and love without much effort. Erica Fernandes as Sonakshi matches the character requirement but more shades will be revealed in coming episodes. Rest of the cast members does the necessities with ease.

What doesn’t work: Reason for Neha’s resentment towards her mother and brother is not well sketched. After so many years, Neha’s bitterness looks childish, as Dev and Ishwari continuously try to win her love and trust. In order to highlight Dev and Ishwari’s bond, Sonakshi’s track has been sidelined. We hope that this will be rectified as the story unfolds.

Our take: The main attraction of ‘Kuch Rang Pyaar Ke…’ is undoubtedly Shaheer Sheikh. His controlled portrayal of ‘Dev’ gets the highest scores. After watching the actor in costume drama, viewers will simply fall in love with his urbane, dashing business tycoon ‘Devvrat Dixit’. Where ‘Dev’ is man of less word, ‘Sonakshi’ is the exact opposite. Erica Fernandes has captured the true ‘Bong’ temperament with aplomb. It will be fascinating to witness these two lovely actors work their chemistry on screen. Supriya Pilgaonkar does a commendable job as devoted mother. ‘Kuch Rang Pyaar Ke…’ is a new age love story that deals with modern day intricacies of romantic relationships. ‘Kuch Rang Pyaar Ke…’ is a splendid tale of love and sacrifices. We hope that the maker’s won’t turn it into yet another ‘Saas-Bahu’ saga!