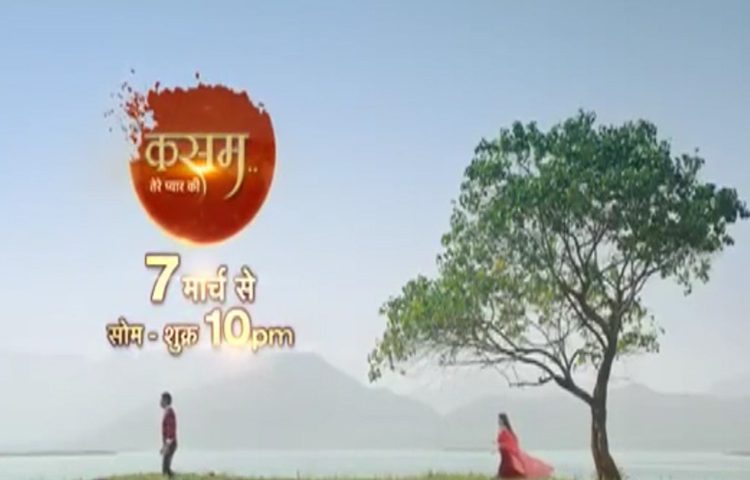 The show’s concept is its biggest flaw..

The Story So Far

Flagging off the show is a typical village setting in Patiala, where young Rishi and young Tanushree aka Tanu are the best of friends and enjoy playing with each other. Things seem well, till you are introduced to one of the biggest atrocities; ‘explaining the concept of love’ to these little children. Rano, Rishi’s mother (Vibha Chibber) isn’t a follower of love stories or the vintage ‘I can do anything for you, live together, die together’ stories and believes in only money. (P.S.- She hates Tanu too)

Tanu’s mother, (Jyoti Gauba) on the other hand is a sweet and simple lady who believes in true love tremendously. These conflicting concepts are being hammered on the children where their respective fathers are the best of friends irrespective of it.

Fate takes a turn where you are introduced to one of the most ridiculous prophecies one can come across. After Tanu saves Rishi from a death-threatening incident, a witch looking-eerie-Goddess Kali worshipper does the akashvani and tells, ‘whenever there will be a problem with the guy (Rishi), the girl (Tanu) will be the person suffering for it and getting Rishi safe.’ Yes! You read that..!

It is however established amongst this blasphemy that Rishi and Tanu are somehow united by their stars and beyond. They will unite in every birth, no matter what.

And guess what? Due to this ‘brilliant’ prophecy, Rishi and Tanu’s ‘roka’ takes place in the temple where another futuristic prediction is attacked. That being that, if in the 23rd year of Rishi’s life, their marriage doesn’t take place, there is going to be a huge massacre.

Rishi and his family fly to the USA after a lot of confrontation between Rishi’s parents and the departure couldn’t have been more ‘filmy’ where a little Tanu runs behind the car, Rishi is signing off in.

Fast forward to the grown-up ages..where grown up Rishi (Ssharad Malhotra) makes a ‘hero’ like entry in a wrestling tournament while his younger brother Manpreet (Zuber Khan) is getting beaten up by the opponent. Just when you think Rishi is there to save the day, well, you are partially correct..

Initially, Rishi gets beaten up by the opponent too. However, welcome to Patiala again, where grown up Tanu (Kratika Sengar) is still in Rishi’s thoughts and just when her locket (aakhri nishani by Rishi) falls into a coal burning fire and Tanu inserts her hand to get it out, Rishi gets the power out of nowhere.

On one hand, Tanu manages to get the locket out almost burning her hand severely, while on the other hand, the ‘suddenly-em-powered’ Rishi defeats the wrestler. How? Remember the prophecy.

Living in two different worlds, Tanu is still the docile, sweet and dedicated girl who has spent her teen years waiting for Rishi and hoping he would come back..And Rishi has now become the Casanova womanizer, who doesn’t even remember Tanu completely.

However, situation will be in time for a change as circumstances are gonna lead Rishi and the whole family to revisit India again..

How will Rishi and Tanu unite again? What will happen next?

In this dimwitted brainless saga, there are barely any good points to be pointed out. One of them is actress Vibha Chibber’s performance. Vibha is known for her negative roles and here she portrays the same with total conviction adding a new flavor to it-comedy.

Her comic timing is impeccable where she speaks wrong English and still acts like a boss. She is the biggest saving grace amidst this ignoramus show.

Zuber Khan as Rishi’s younger brother also manages to make his presence felt ahead of the ‘hero’ with his comic skills and bromance scenes with Ssharad.

The shoddy script, the absurd prophecies, the impractical stories and the obsolete beliefs; amalgamate together to give us a bumbling show which is a challenge to your intellectual senses!

Ssharad Malhotra is unconvincing as the lead where his comic skills are ‘laughable’ (ironically) and his execution in every scene is very underwhelming.

Kratika Sengar tries her level best to do justice to this ‘typical girl’ role, however falls short of it. Her presence is pleasing but that’s it..! The character is so outmoded that you almost feel sorry for Kratika to be given to portray it.

The Verdict
The show is a mayhem and does nothing whatsoever to cover up the ridiculous beliefs attached to it. It is not that re-incarnation is a risky concept; where many shows have tried to present it fairly, but, the A,B,C stories that are attached to this drama literally tests your brains.

It is important that somebody should have a word with Miss Ekta Kapoor, that we are in 2016 and portraying the old times isn’t a problem.. But the world has moved on above ‘illogical’ stories (well, most of the world atleast).

The show’s success will be determined by how it is presented in the future. But with the current trend it is a total ‘No-No’ show. Ssharad and Kratika may need to work upon their chemistry even more when their scenes together are shown, as they look a total misfit together.

The world of preposterous things is up for grabs. You can choose to grab it or leave it!
Overall Rating- * (1/5)