Check out the new ‘enemy’ in Sonakshi and Dev’s love story in ‘Kuch Rang…!’ 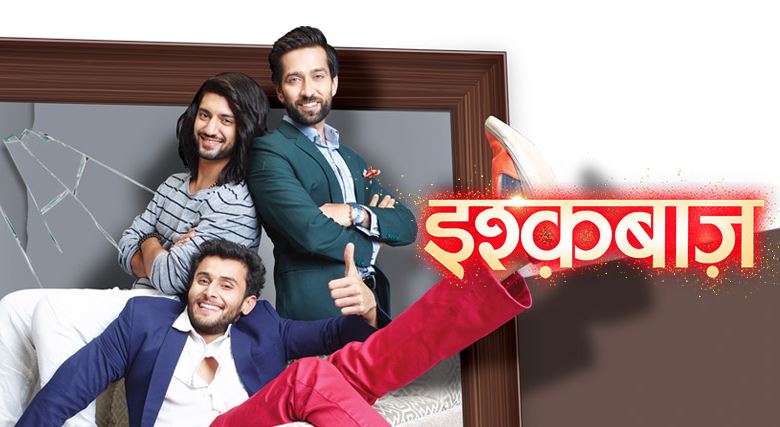 The story starts with a man setting himself on fire in front at the Oberoi family’s Aarti where media and guests are present in full galore. The scene then shifts to the residence of Oberoi’s where Dadi is making a video of how the family has changed after the death of her husband. She describes each and every family member’s traits in excruciating detail and introduces the three brothers Shivaay (Nakuul Mehta) who is a successful businessman, Omkara (Kunal Jaisingh) who is an artist and Rudra (Leenesh Mattoo) who is the youngest of the brothers and a complete ladies man.

Shivaay goes to visit the temple where he being a VIP, gets to skip the line. Enters Anika, who objects to this. Shivaay being the arrogant self that he is, slaps money on her face for her loss’. Anika, a fearless girl who prefers to call a spade a spade, smashes Shivaay’s car’s windscreen and slaps him back his money. After this, the duo come face to face with each other at the Oberois’ where Anika is catering, but do not create any scene.

The Oberois here, have a tradition that whoever would conduct the Maha Arti would become the heir to the Rs.15000 crore empire. And the competition here is between Pinky (Shivaay’s mother), who constantly pesters Shivaay to become the heir and Tej (Omkara’s father) who does the same. But the brothers do not believe in any competition but their strong bond. At the Mahurat of the Aarti, all the 3 brothers step ahead and perform the aarti, much to the dismay of Pinky and Tej. That is when, the mystery man Ashok, sets himself on fire and dies. (It is then revealed that this was a scheme to malign the Oberois. As per Ashok’s plan, the lighter was not supposed to work but it does.)

Tej asks his secretary-cum-mistress Svetlana, to cover up the incident which angers Omkara. He and Shivaay have an argument over the same the next day which gets heated, but Rudra calms the brothers down and they have a good day in the kitchen together. Anika has an evil maasi, who ill-treats her and her little brother.

Tia (Navina Bole), Shivaay’s girlfriend makes an entry, but Shivaay thinks of their alliance as a business arrangement. Omkara and Rudra keep trying to make Shivaay understand that he does not love Tia.

The Oberoi family in the show is filthy rich. And the makers have portrayed the same to the T. The lavish Maha Arti set up was just perfect. The Oberoi bahus don class apart jewellery and the Oberoi grandsons zoom around in expensive cars. The makers have set the right mood for the audience to make believe in the lavish lifestyle of the super rich Oberois.

The show fared well for the first week. It has constant drama going on which does not bore the audience. But Kunal Jaisingh’s performance is the main highlight of the show until now. We have liked the show so far and with a wedding track coming up, the show is bound to become more interesting.